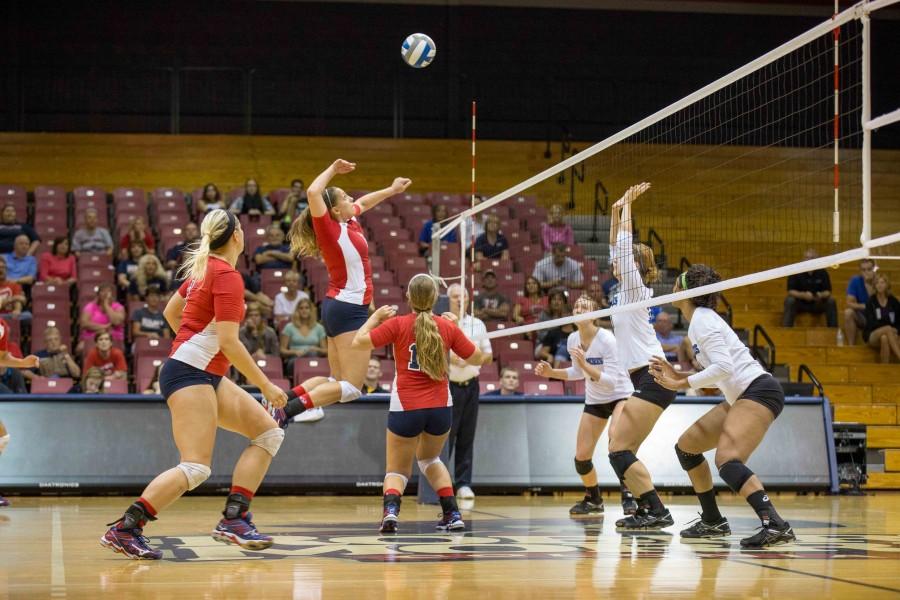 RMU defeated St. Francis to earn the win in their first NEC game of the season.

September 26, 2015
RMU 3 (6-8, NEC 1-0): St. Francis 1 (2-14, NEC 0-1): The Colonials began NEC play Saturday and started conference play the way they anticipated with a 3-1 victory over St. Francis. Robert Morris opened the match with a bang winning the first set 25-16. St. Francis took the second match 25-21 but the colonials fought back winning the third set 25-17 and won the match in the fourth set with a score of 25-11. Senior Kristin Thompson led the Colonials in kills finishing with 16 and junior Arden Fisher was not far behind finishing with 15 kills. RMU also got a productive performance from junior April Krivoniak who tallied a double-double finishing with 10 kills and 12 digs. Liz Campbell led RMU in assists with 31.