Volleyball travels to Sacred Heart fresh off of Merrimack sweep 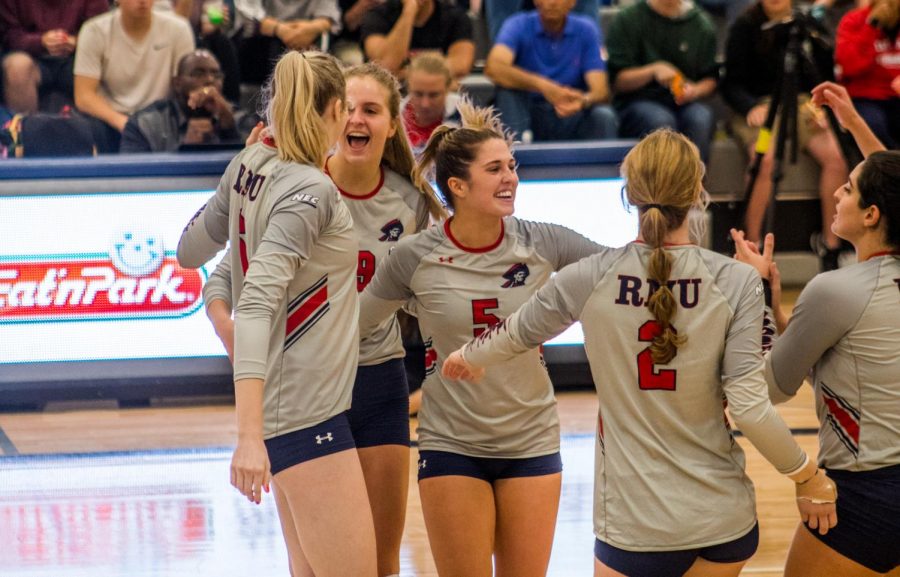 The Colonials travel to Connecticut following two convincing showings to begin NEC play. Bryant and new conference member, Merrimack (1-9, 0-3 NEC), had no answer for RMU. The Colonials outscored Merrimack 75-22 in the three sets, aided by strong performances from Lauren Kolenik (14 kills) and Alyssa Hudak (11 kills). This was the first NEC game for the Colonials this season.

Sacred Heart hosts RMU having split their first NEC action of the season, winning a close match against Saint Francis Brooklyn (6-10, 1-2 NEC) and narrowly being defeated 3-2 by Long Island (3-11, 2-0 NEC). In the loss to LIU, Sarah Ciszek led the Pioneers with a career-high 60 assists in the match, and Liisel Nelis recorded 16 kills and 22 digs. Sacred Heart defeated Saint Francis (1-13, 1-1 NEC) in straight sets.

Kolenik comes off of one of her best performances to date. She was a major contributor against Merrimack, recording a total of 14 in the match and stretching her kill total to 102 on the season, good for fourth on the squad. The sophomore will look to continue her great play this weekend.

Alfano comes into the weekend being one of the unsung heroes on the Colonials’ roster. She currently sits third in kills (109), second in total blocks (53), and just narrowly holds second place in points over Hudak by half a point (138.5). Keep an eye on her this weekend.

Ciszek is an absolute assist machine. To put it in perspective, she is first on the Pioneers with 525 assists this season. Nobody else on the roster has 100. This coupled with her 60-assist performance against Long Island, expect her to be setting up her teammates all match.

The senior outside hitter who hails from Kuressaare, Estonia has been one of the best players for the Pioneers this season. She is first in kills with 126, and third in digs with 145. Look out for her to be pretty active on the court this match.

I think RMU will handle the Pioneers with relative ease in this matchup, especially if they quell the performances of Ciszek and Nelis. Expect RMU to win this matchup 3-1, continuing to stay hot.