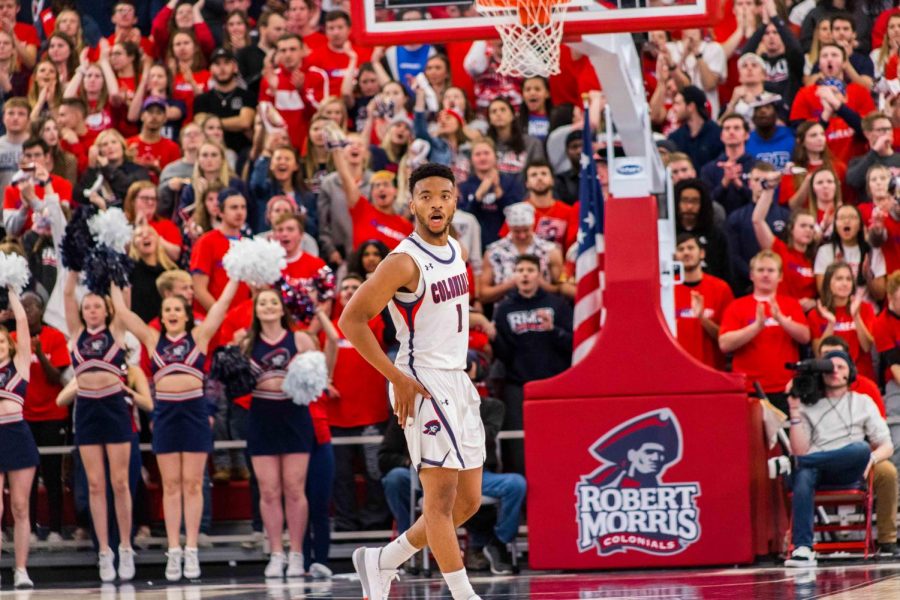 The game was close throughout, with the biggest lead being only seven points for RMU in the first half. Both teams struggled to score early on in the game, with RMU getting the jump early on.

However, an 8-0 put Merrimack back into the game, and the lead never exceeded 5 points for either side the rest of the game. The game was even in most statistical categories as well throughout the first; fouls, 3-pointers and bench points were equal between both teams.

The second half featured much of the same even and solid play as the first. As for the offense, AJ Bramah was the sole RMU player that went over double-digits (16 points) in the game. Josh Williams, who averages about 15 points per game, only ended up with nine points in this contest.

With the score knotted up late, Dante Treacy made some huge plays down the stretch, including a game-tying three and drawing a massive charge call. However, with each chance the Colonials earned for themselves, the Warriors would answer right back. RMU failed to capitalize on three late possessions to tie the game in the final minute, including a missed three by Treacy, where the argument could be made that a foul should have been called.

With no foul on the floor, Jaleel Lord made two free throws with 11 seconds left to put Merrimack up four points, which is how things ended at the UPMC Events Center.

The Colonials have the opportunity to get back in the win column on Monday against Sacred Heart (10-7, 3-1 NEC), which will be broadcasted on CBS Sports Network.