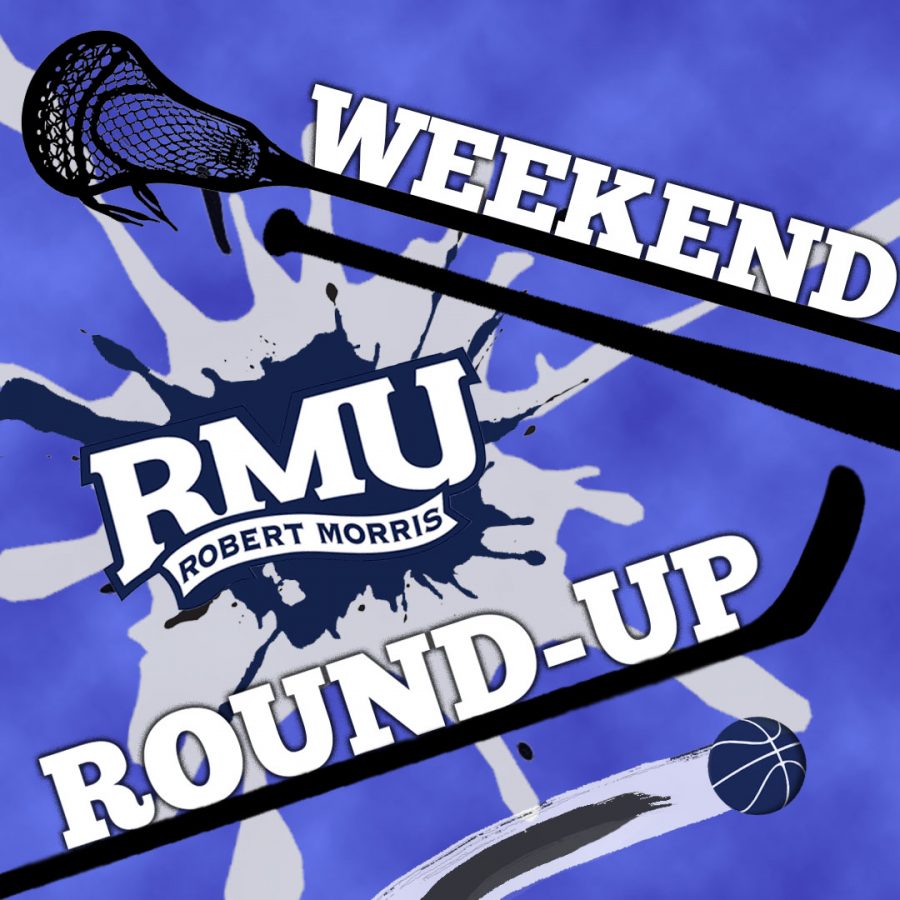 MOON TOWNSHIP — As Robert Morris has reached the end of winter playoff season, spring sports season has arrived. Here’s what happened for teams on the road this past weekend.
3/22/19
Softball: Robert Morris – 3; Albany – 8
In the first game on day one of the UMBC Retriever Classic against the University of Albany (8-7), the RMU Colonials (4-17) lost to Albany 8-3 on Friday.

Albany scored two runs on throwing errors, one run on a steal and the rest were scored with RBI singles to win over RMU 8-3.
Softball: Robert Morris – 0; UMBC – 5
In the second game on Friday in the UMBC Retriever Classic, Robert Morris (4-18) got shutout by UMBC (10-10) by the score of 5-0.

RMU’s Katie Gasvoda (0-4) took the loss after she pitched 5.2 innings while allowing five runs, four earned and allowing seven hits, two walks and striking out one.
3/23/19
Track & Field: Four silver medals at the West Virginia Open
The RMU women’s track & field team took home four silver medals. Madison Mueseler finished second in the 400-meter dash by posting a time of 58.18 seconds, which is a new personal record and tied for fifth in program history. Nina Radisavljevic fell just short in the 100-meter hurdles when she finished with a time of 15.62 seconds behind Wheeling Jesuit’s Ashley McIntosh, who finished first with a time of 15.49 seconds. Lastly, Sam Buck and Paige Bonin took home silvers in throws. Buck received silver after she threw a distance of 45.40 meters in the hammer throw. Bonin received a silver medal after she threw a distance of 31.25 meters in the javelin.

The lone run came in the top of the sixth on a RBI double. The game ended with UMBC winning 1-0.

Dana Vatakis’ (3-7) solid start was wasted after she gave up only one earned run on one hit through seven innings while also having three walks and five strikeouts.
Softball: RMU – 5; Albany – 1
RMU softball (5-19) defeated the University of Albany (9-8) by the score of 5-1 in the second game of a Saturday doubleheader in the UMBC Retriever Classic.

Erika Bell, Abrielle McCartney, Ashley Kent and Briana Bunner each scored RBIs to bring in five runs for Robert Morris. UMBC scored their lone run, which was unearned, in the bottom of the sixth to give Robert Morris the 5-1 win.

UMBC scored two runs in the top of the first to lead 2-0, but Robert Morris countered in the bottom half to lead to tie the game at 2-2. UMBC took the go-ahead runs when they grabbed two RBI in the fourth inning to lead 4-2. After RMU and UMBC each scored again to eventually get to a 5-3 UMBC lead, RMU ended the game after they scored an unanswered run in the seventh inning.

Katie Gasvoda (0-5) gave up four earned runs on five hits with two walks and one strikeout to take the losing decision 5-4.