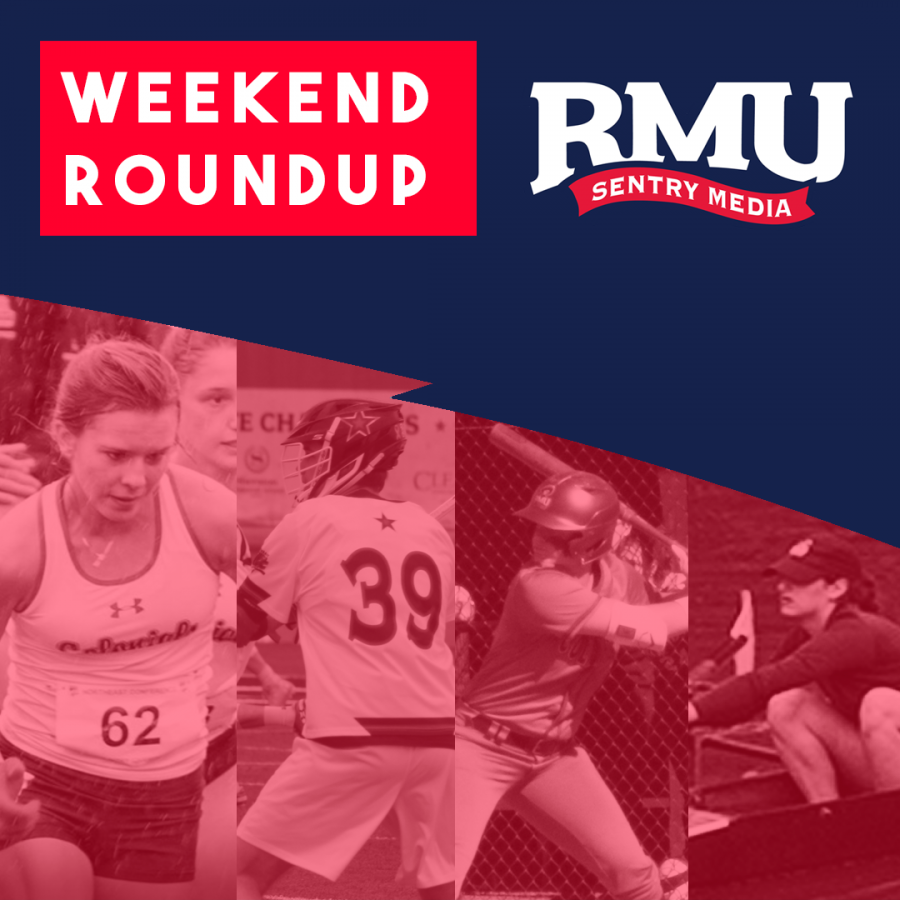 MOON TOWNSHIP– Here is this weekend’s round-up of all the teams on the road this past weekend.

Four of the goals that Robert Morris scored came from both Sophia Eureka and Mackenzie Gandy. They each scored two goals. Meghan Crouse and Shannon Lynch each pushed forward a goal of their own without any help. The only goal that needed assistance was Kelley Flynn’s goal. Her goal was assisted by Melanie Gandy.

Wagner scored nine goals in the first half, and eight in the second half to win over the Colonials 17-7 on Friday.

Robert Morris participates in the Mason Spring Invitational on Saturday, April 13 all day in Fairfax, Va.

Robert Morris softball (9-25, 2-3 NEC) lost the first game of a weekend Northeast Conference doubleheader against the Saint Francis University Red Flash (16-20, 4-1 NEC) by a score of 6-5 on Saturday.

The Colonials softball team (10-25, 3-3 NEC) bounced back against the Saint Francis University Red Flash (16-21, 4-2 NEC) in the second game of their Saturday NEC doubleheader.

After the Red Flash scored one run in the bottom of the first inning, Robert Morris managed to wreck Saint Francis’ chances of a Saturday sweep when they put up seven runs in the top of the second inning. Robert Morris capped off their afternoon with a two-run and three-run home run in the sixth and seventh inning respectively to win past SFU 12-4.

Robert Morris plays against the Niagara University Purple Eagles (4-21, 3-5 MAAC) on Tuesday, April 9 at 3 p.m. in a doubleheader.

Rowing next participates in the Canisius Invitational on Sunday, April 28 in Buffalo, N.Y.

MSM scored six goals in the first half and eight in the second half to win over the Colonials 14-3 on Sunday.

Robert Morris will try to turn their NEC record around when they host the Saint Francis University Red Flash (3-7, 0-2 NEC) on Friday, April 12 at 3 p.m. at Joe Walton Stadium.