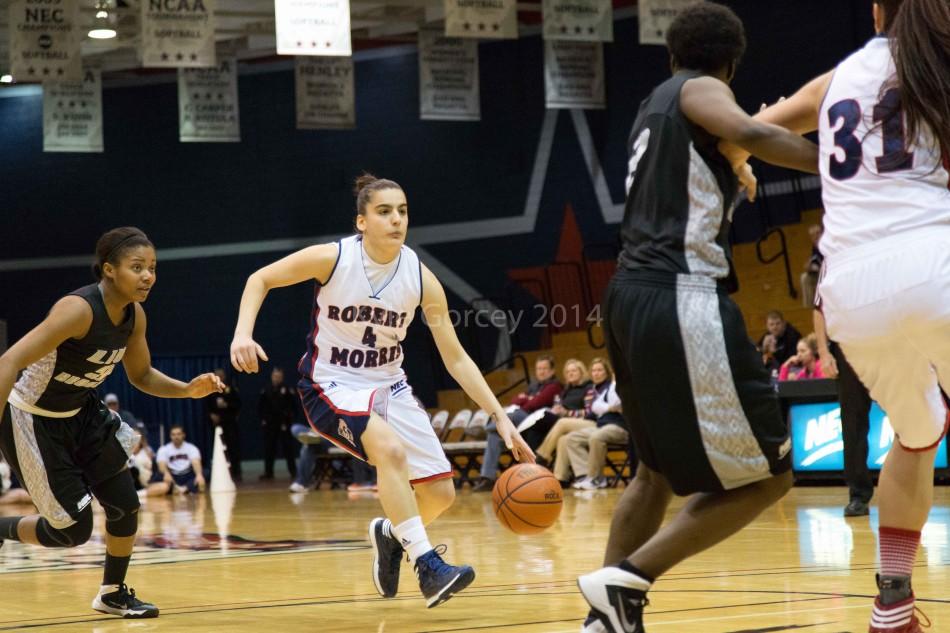 The Colonials came away with a thirteen point victory Thursday defeating Monmouth on the road 60-47.

RMU 60 (2-1), Monmouth 47 (0-2): The Colonials traveled to West Long Beach, New Jersey Thursday for a battle with Monmouth in which they won 6o-47. The Colonials went into the locker at the halfway mark of the game up 29-20. Monmouth was able to eventually cut the deficit to one in the third period but the Colonials pulled away scoring 21 third quarter points and 10 fourth quarter points. Senior Ashley Ravelli led Robert Morris in scoring finishing with 116. Junior Anna Niki Stamolamprou wasn’t far behind with 12 total points. Stamolamprou led the team in rebounds with 10. The Colonials shot 39.3 percent from the field going 24-61 and 31.6 percent behind the three-point arch making 6 0f 19 shots.