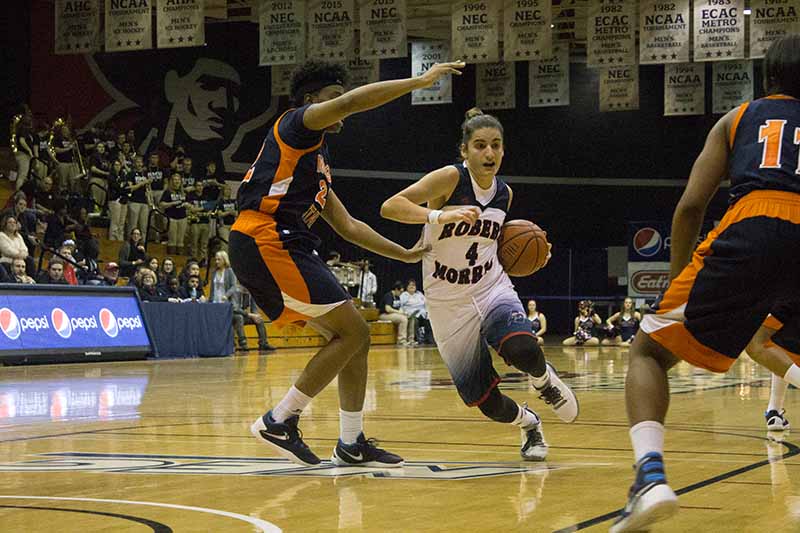 Central Connecticut State 48 (7-12, NEC 4-4), RMU 39 (11-8, NEC 5-3): The Colonials traveled to New Britain, Connecticut Monday for an evening match-up against the Blue Devils of Central Connecticut State. CCSU was able to jump on Robert Morris early as they held the Colonials to only three points in the opening quarter and held a 22-17 lead at halftime. RMU was able to grab one point leads in the third and fourth quarters but the Blue Devils were able to pull away towards the end of the final quarter of play. Sophomore Jocelynne Jones led RMU in scoring with 11 points. Fellow sophomore Megan Smith wasn’t far behind with nine total points. RMU shot 29.1 percent from the field and 18.8 percent from beyond the three-point arc.