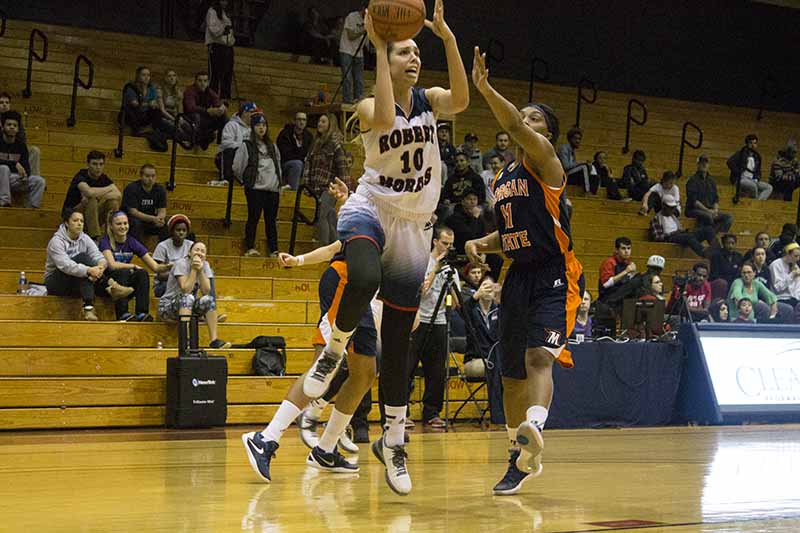 The Colonials were unable to end their two game road skid and lost their third straight road contest Saturday in the hands of St. Francis.

St. Francis 62 (8-12, NEC 6-3), RMU 54 (11-9, NEC 5-4): The Colonials suffered their third straight conference loss Saturday, as St. Francis was able to hand RMU an eight point loss, 62-54. SFU led by twelve, 33-21, at halftime and the Colonials attempted to climb their way back into the game in the second half. Robert Morris closed the gap to one point near the midway point of the fourth quarter, 50-49, but St. Francis was able to separate themselves in the final minutes of the game to secure the victory. Junior Anna Niki Stamolamprou led Robert Morris in points, finishing with 13. Sophomore Megan Smith led the Colonials in rebounds, corralling 12 boards. RMU shot 29.0 percent from the field and 21.4 percent from long range.