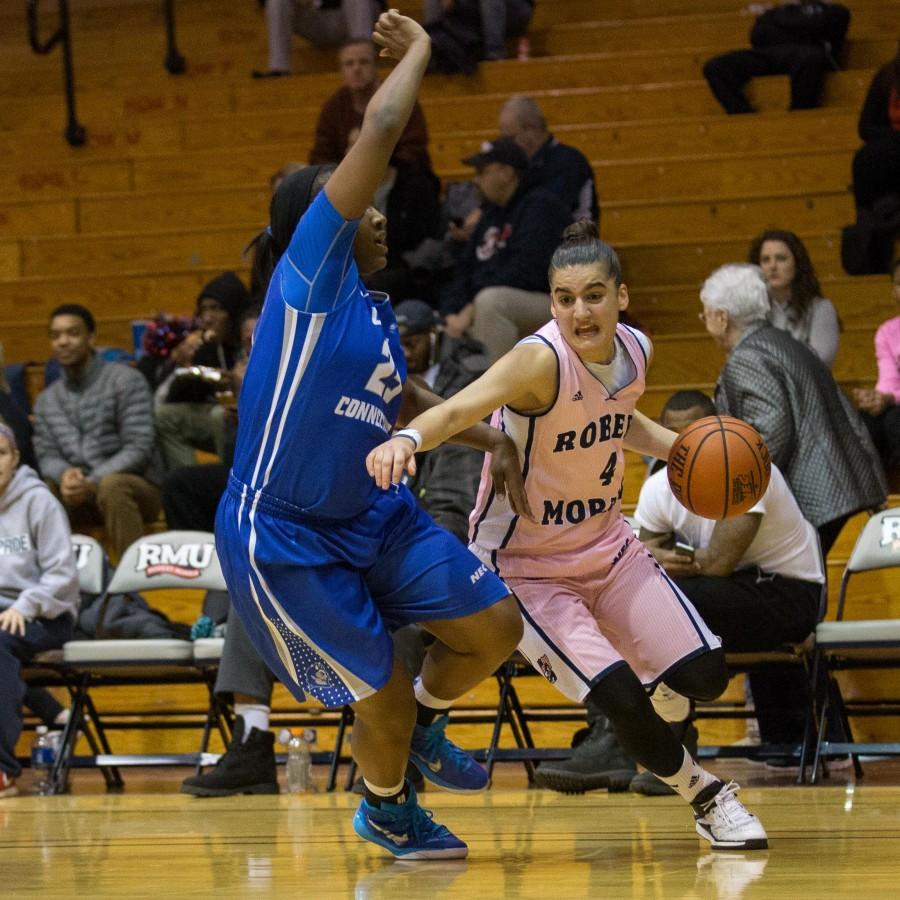 Anna Niki Stamolamprou's 18-point performance Tuesday was not enough as the Colonials fell to the Commodores.

Vanderbilt 75 (4-1), RMU 59 (3-2): Robert Morris battled SEC opponent the Vanderbilt Commodores Tuesday afternoon in Nashville, Tennessee. Unfortunately for the Colonials it was not the outcome they envisioned, a 75-59 loss. RMU held a 7-3 lead in the opening half but Vanderbilt then re-took their lead from the early minutes of the game and didn’t look back. The Commodores ended the first half with a 38-26 advantage in the score column and didn’t let the Colonials get within 12 points of them in the second half. Robert Morris shot 41.1 percent from the field and 26.1 percent from the three-point arc. Senior Anna Niki Stamolamprou led the Colonials in total points with 18. Junior Megan Smith also contributed 11 points for the Colonials.