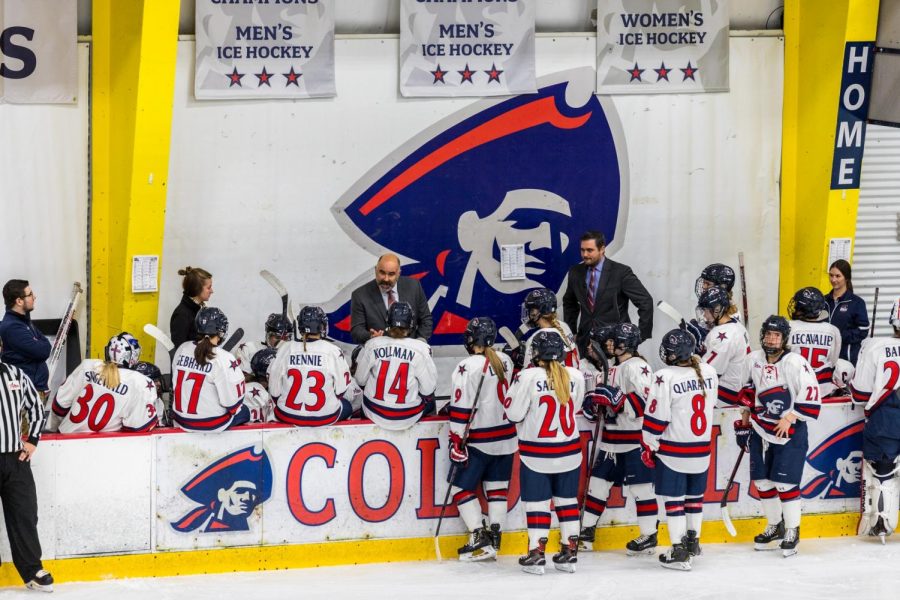 PITTSBURGH — Robert Morris women’s hockey (8-10-4, 6-1-1 CHA) has added a new player by the name of Alison Rodgers to the program via a transfer. Rodgers will be unable to play the remainder of this year due to NCAA rules but is already practicing and becoming apart of colonial culture. A sophomore biomedical engineer major, Rodgers is a former winger for the Minnesota Duluth Bulldogs and will wear no. 11 come next fall in her junior year.

Head coach Paul Colontino is pleased with the addition stating that, “her and her family have been outstanding throughout the transition,” along with that fact that overall, “she is a great hockey player.”

“Ideally she gets her feet wet here, she can practice, but can’t do anything else but she gets familiar with the team, with the culture, how we do things, the expectations and when we start the fall off of next year she feels like this is home more or less and she gets to hit the ground running,” stated Colontino.

In terms of play style Rodgers is a 5’8” winger who looks to help the colonials offense. Her playing career at Minnesota Duluth had her feature in 35 games where she tallied 17 shots and blocked four. Despite not having a rich offensive history, Paul Colontino and the rest of the Colonials believe Rodgers has offensive potential here in Pittsburgh.

“We feel that she can really help us out on the offensive side of things, she’s a big winger with great strength and can shoot the puck and has a good finish in front of the net.”

Robert Morris welcomes Rodgers to the school and to the program and although she is not able to play until next season, she will certainly be apart of Colonial country. The rest of the team will face off against Syracuse tomorrow at 7 p.m. in New York where they get back into the CHA schedule.