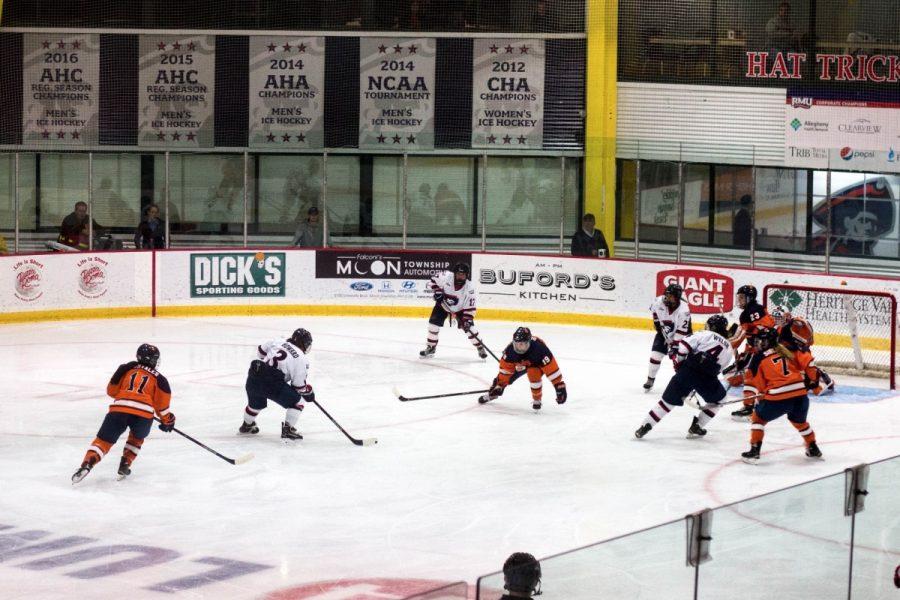 Wisconsin shut down the Colonials offense in the opening round of the NCAA Tournament.

Wisconsin 7 (32-2-4), RMU 0 (24-5-6): RMU’s season came to an end Saturday afternoon when it fell to the hands of the Wisconsin Badgers in the first round of the NCAA tournament. Robert Morris failed to find the back of the net, as the Badgers goaltender, Ann-Renee Desbiens, denied all 22 shots the Colonials fired her way. Wisconsin held a 2-0 lead at the end of the opening period but extended that lead to 6-0 after the second, running away with the score. Senior netminder Jessica Dodds was given the loss, as she gave up four goals and was eventually replaced by junior goalie Lauren Bailey. Bailey gave up three goals and made 23 stops, going the remainder of the game in net for the Colonials.