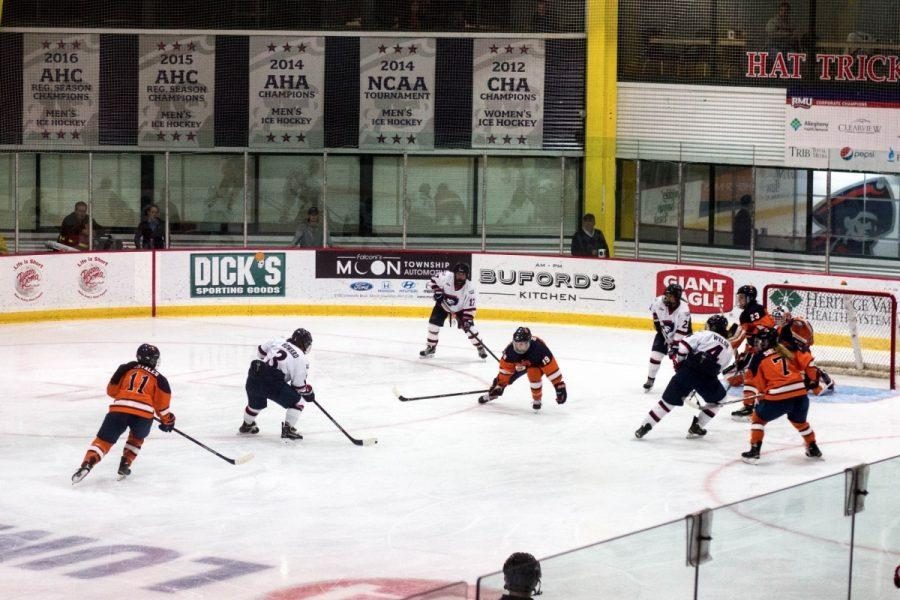 Robert Morris University 11 (4-1), Brown University 0 (0-1): The Colonials beat the Brown University Bears in a rout Friday night earning their fourth victory of the year. RMU opened the scoring in the first period at 6:10 with a goal from Jaycee Gebhard. The second goal came late in the first at 18:05 as Amber Rennie scored her first of the game. Robert Morris then scored five goals in the second period to go up 7-0. At 2:24 in the second, Emilie Harley tallied the third goal of the game. Emily Curlett then scored a shorthanded goal at 5:11 to make it 4-0. The Colonials then scored two straight power play goals from Sarah Lecavalier and Lexi Templeman at 10:15 and 18:29. Later, to end the period, Natalie Marcuzzi scored 18:47 into the period.

Robert Morris will continue its road trip with another game against Brown on Saturday, Oct. 21 at 1:00 p.m.