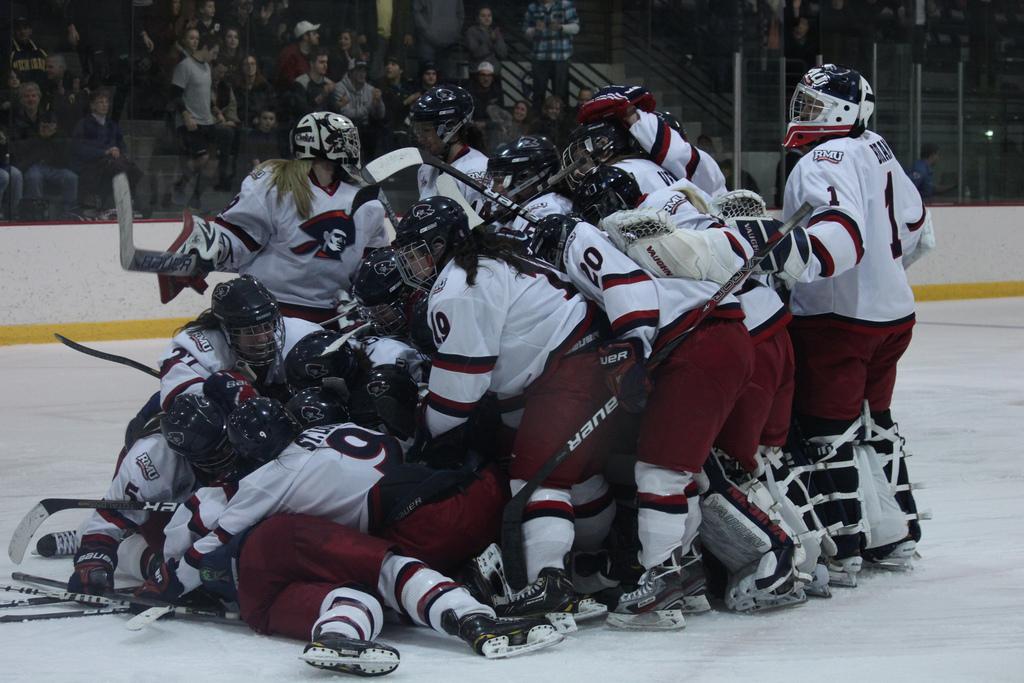 RMU's four goal performance allowed for them to earn their tenth victory of the season Sunday on the Road at Lindenwood.

RMU 4 (10-6-4, CHA 4-3-3), Lindenwood 1 (4-12-14, CHA 2-4-4): The Colonials completed their two game road series against Lindenwood in Wentzville, Missouri Sunday afternoon as they were able to improve to double-digit wins on the season taming the Lions 4-1. Lindenwood opened the scoring in the second period after the first period was scoreless but RMU answered with two goals in the second period by junior Mikaela Lowater and freshman Sarah Quaranta to take the 2-1 lead. The Colonials added two more goals in the third period as Lowater netted her second goal of the game and sophomore Brittany Howard found the the back of the net. Junior goalie Jessica Dodds only allowed one of 27 shots that came her way go past her as she was in goal for Robert Morris.