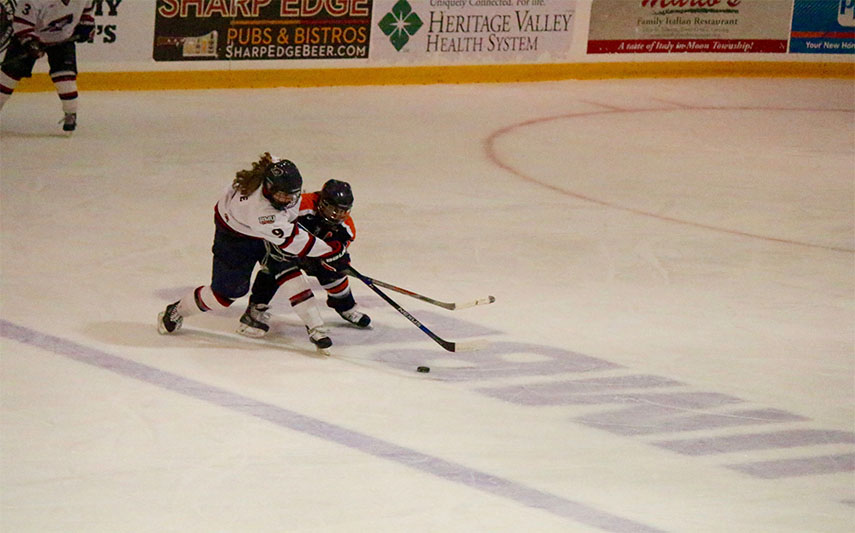 The Colonials couldn't pick up their tenth win Friday losing to the Lakers 4-1.

Mercyhurst 4 (8-7-2, CHA 6-0-1), RMU 1 (9-6-2, CHA 3-3-1): The Colonials traveled to Erie, Pennsylvania Friday to begin a two game road weekend series against Mercyhurst. However, the Colonials were taken down by the Lakers in game one as Mercyhurst skated to a 4-1 victory. The first period was scoreless but Mercyhurst used a three goal second period to take a commanding lead. RMU’s only goal came in the third period when sophomore Brittany Howard netted one past Mercyhurst’s goalie. Junior goalie Jessica Dodds got the start in goal for Robert Morris and faced 18 total shots.