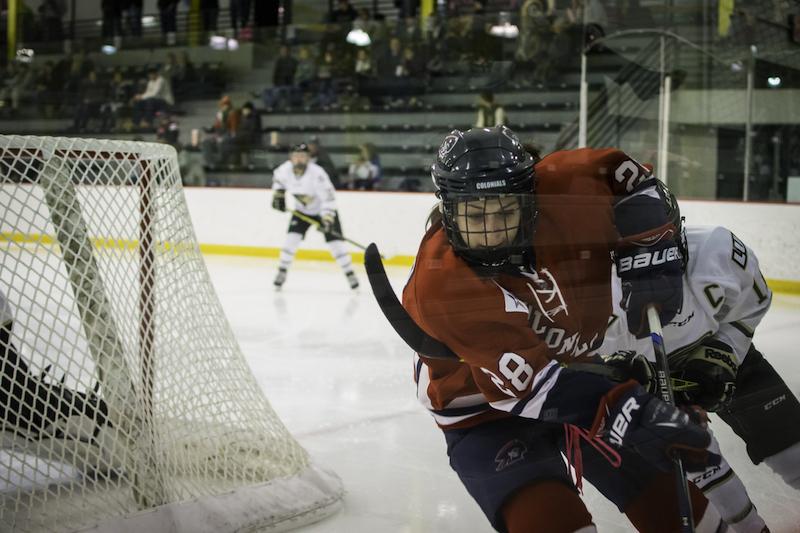 RMU's late game surge lifted them to their tenth victory of the season.

RMU 5 (10-1-5, CHA 5-0-1), St. Cloud State 3 (5-10-1, WCHA 4-7-1): The Colonials completed their play in the Windjammer Classic Saturday afternoon in Burlington, Vermont as they completed a third period comeback to earn their tenth victory of the season. St. Cloud State held a 3-1 lead after scoring a goal early in the final period of play but RMU then closed out the game on a four goal run allowing them to skate off victorious. Junior Amanda Pantaleo, freshman Jaycee Gebhard and fellow junior Jessica Gazzola all scored during the Colonials four goal run. Gebhard recorded a hat trick as she scored twice during the Colonials scoring run as well as scoring one previous goal in the second period. Sophomore Lauren Bailey earned the win between the pipes making 17 saves on the afternoon.