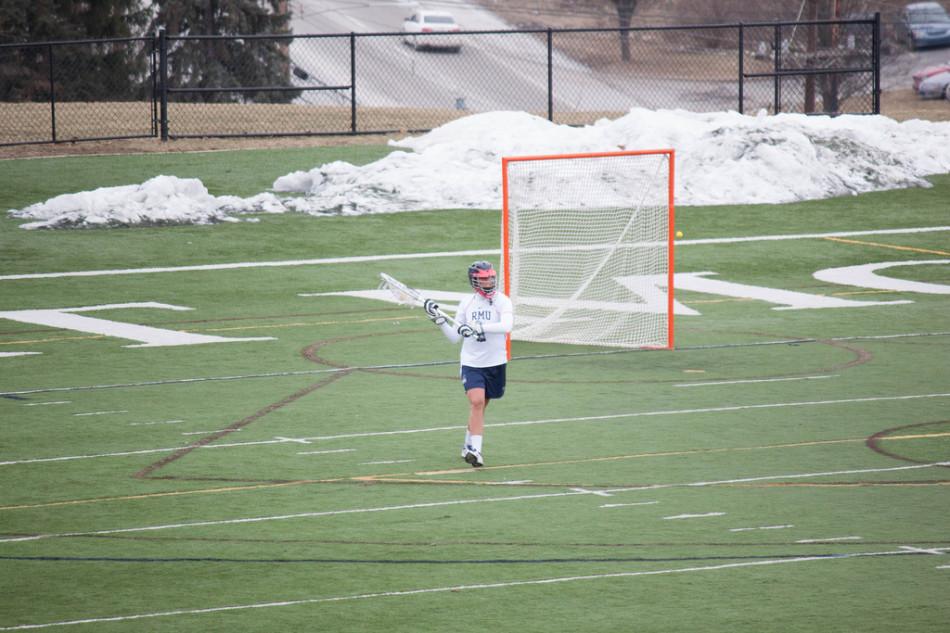 RMU 20 (3-0), Delaware State 5 (0-5): The Colonials received their third straight win Monday as they defeated Delaware State by 15 goals at Alumni Stadium in Dover, Delaware. Junior Corey Karewacki led RMU with five points as she scored three goals of her own. Junior Emily Jamison got her fourth consecutive game in which she has scored multi goals as she scored twice in the contest. The whole team put in a great effort in the victory as 14 Colonials got at least one point. RMU got off to a fast start with leads of 3-0, 8-1, and went into the half with an 11-3 lead goalies Mackenzie Duffy and Hallie Yancey each saw both saw equal amount of playing time. Yancey made one save as she was credited with the win.