Preview: Women’s soccer looks for a win in their first NEC game of the season 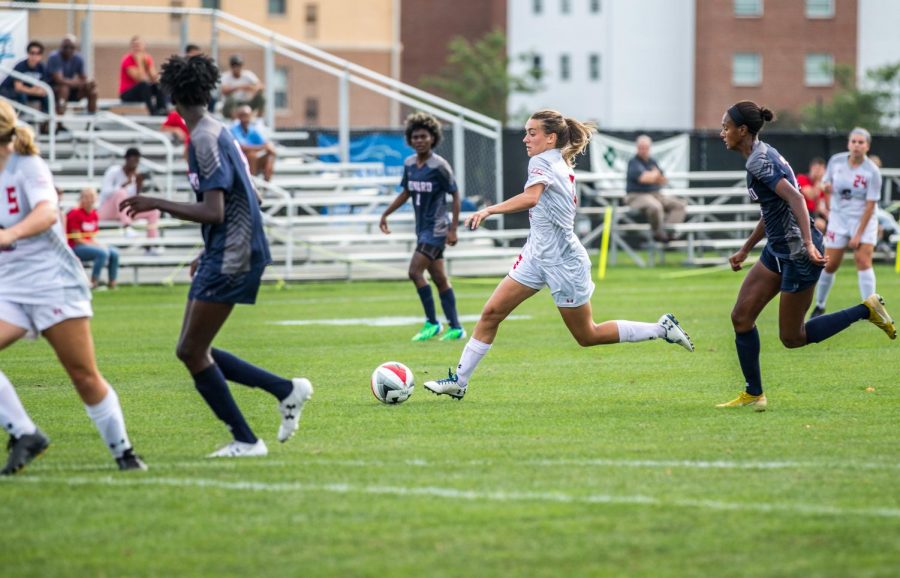 The Robert Morris (2-8) women’s soccer team will open up play in the Northeast Conference this Friday at 3:00 pm against the Wagner Seahawks (1-7) at the North Athletic Complex in Moon, PA. This game will be the first meeting of the two teams this season as well as the first conference game for both teams.

Last Sunday, RMU finished up their non-conference games with a close 2-1 loss to Ivy League school Yale (5-2-1). The lone RMU goal was scored by sophomore Taylor Burkley, which marked the first goal of her career. Although outshot in the game 24-9, goaltenders Julia Schmid and Sydney Bruckner kept the game close and competitive. Despite the aforementioned goal from Burkley, Robert Morris would go on to lose the game 2-1.

Senior Jane Schleicher continues to be the main story for the Colonials as she has tallied eight of the Colonials’ ten goals on the season thus far. Sophomore midfielders Taylor Burkley and Keli Rosensteel mark the only two goals the team has, that Jane Schleicher did not put in the net herself. Schleicher has sixteen points which lead the team, and her eight goals place her eight nationally for this season. She also currently ranks third in RMU women’s soccer history for goals as she has nineteen so far over yer four years here at RMU.

A struggling team, Wagner owns a 1-7 record and is in the midst of a four-game losing streak with their last win coming by a slim 1-0 lead against Rhode Island back in August. No players on the Seahawks team has more than one goal as their leading scorer(s) is a three-way tie between juniors Maria Nunez, Peyton Beck, and sophomore Le’la Allen. Wagner has also been outshot by opponents 118-58 so far this season.

Two struggling teams look to battle Friday afternoon to kick off the weekend, hopefully, the Colonials will be able to muster up a win and go into the weekend 3-8.