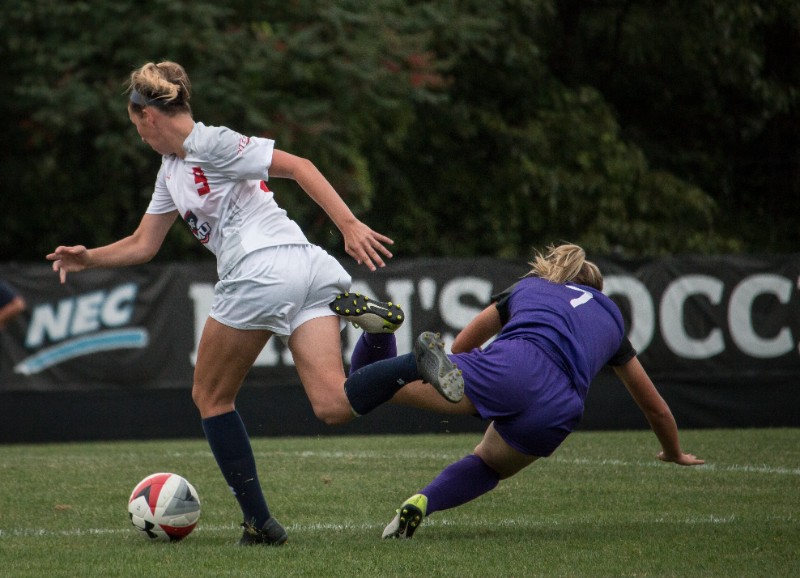 Robert Morris University 2 (3-10-0), LIU Brooklyn 0 (3-8-2): The Robert Morris Colonials earned their first conference victory this afternoon with a shutout victory over LIU Brooklyn. The Colonials opened up the scoring at 19:17 in the first half with a goal from Kristina Kelley, her fifth of the season. Senior Kasia Bak also tallied an assist on the first RMU goal. Later in the contest, at 64:57, the Colonials were granted a penalty kick to be taken by sophomore Kristina Kelley who scored to give RMU a 2-0 lead over the Blackbirds. The goal was Kelley’s second of the game and sixth on the season. Freshman goalkeeper Sydney Bruckner had a stellar outing for Robert Morris, posting an eight-save shutout.

The team will finish their road trip with a game against Central Connecticut this Sunday, Oct. 15 at noon.