A Series of Unfortunate Events: A fortunate first season

I am sorry to inform you that the following review is dismal and depressing, a phrase which here means: “Netflix’s new ‘A Series of Unfortunate Events’ is the perfect adaptation of Lemony Snicket’s classic children’s books.” If you do not like raving reviews about orphans, plots and the benefits of adapting novels for television, then I implore you to look away.

Lemony Snicket’s “A Series of Unfortunate Events” is fondly remembered by kids growing up in the 2000s for its absurdity, dark humor and mystery. Less fondly remembered is the 2004 film adaptation. Although the film’s casting of Jim Carey as Count Olaf was generally applauded, many of the book’s classic elements were changed and dark tones watered down, but Netflix’s spin on the story doesn’t hold back. 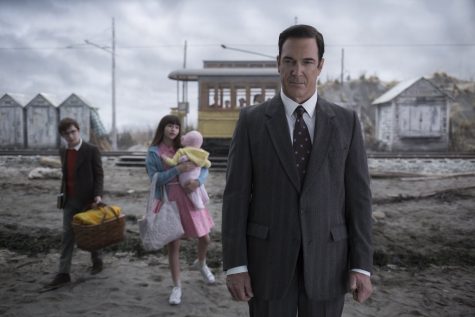 The first thing that stands out about the series is its dark and absurd tone that perfectly captures that of the novels. The inclusion of Lemony Snicket as a narrator who frequently interrupts the action of the scene is a prime example of that. With a fantastically grim and deadpan delivery, Patrick Warburton’s asides bring to life many of the beloved elements of the books such as a warning to the audience to stop watching and taking time to define words and phrases.

Although the Netflix adaptation is far more faithful than the previous film version, the TV show does take a few narrative liberties, most notably the inclusion of the V.F.D. secret society subplot. These scenes hint at story elements that do not appear until much later in the book series, but their inclusion is forgivable as it helps build the mystery behind the Baudelaire children’s plights–better connecting the otherwise episodic books. 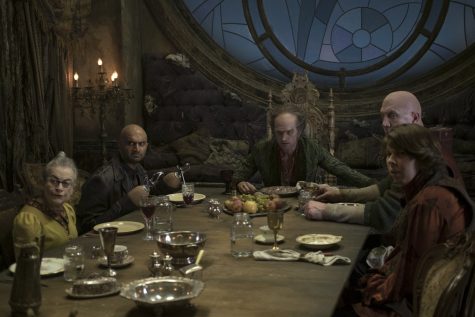 The casting for the series is also superb. Neil Patrick Harris as Count Olaf is incredibly well done. With enough variety to distinguish his performance from Jim Carey’s, Harris manages to make the villain both menacing and humorous. The dynamic between Olaf and his various henchman is another fantastic addition to the series, particularly with the “henchperson of indeterminate gender” and their social commentary.

Joan Cusack’s portrayal of Justice Strauss is another example of improvement in this adaptation, making the audience more sympathetic to her character than past performances have. Many of the other supporting characters are also well cast with a special nod to Catherine O’Hara–who played Justice Strauss in the previous adaptation–as Dr. Georgina Orwell. 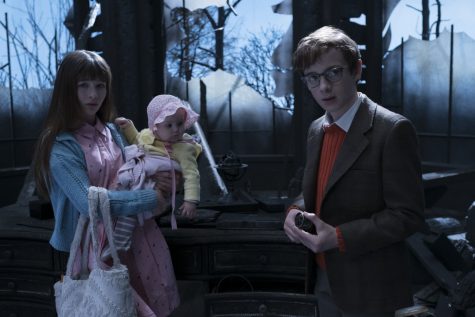 Even the leading roles of the children are fantastically cast with Louis Hynes and Malina Weissman delivering incredibly compelling performances as Klaus and Violet respectively. Sunny, however, leads me to my first major complaint: the baby.

Dear God is the baby horrifying. When not played by the charming and adorable Presley Smith, Sunny is portrayed by an obvious CGI counterpart or, worse, a disturbingly off-putting dummy. Both replicas fall somewhere within the uncanny valley making them the most unfortunate element of the show. There are other examples of bad special effects throughout the series, but most are excusable because of the show’s overall tone and do not seriously detract from the entertainment value. 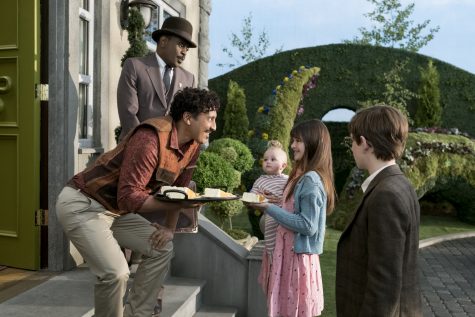 In summary, “A Series of Unfortunate Events” is off to a good start as opposed to a bad beginning, and it will leave the audience eagerly waiting for Snicket to continue his solemn duty of telling the story of the Baudelaire children. With a second season already underway, it looks like we won’t have to wait long.

“A Series of Unfortunate Events” is currently streaming on Netflix. Check it out and tell us what you thought of it.