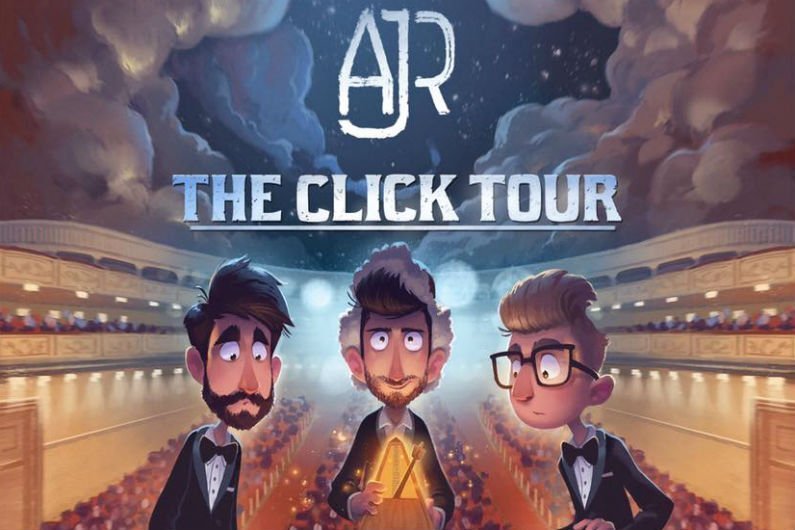 Sunday night a line of people wrapped around Pittsburgh’s Stage AE in hopes to see indie-pop band AJR headline for the first time in the Steel City. The indoor entertainment venue filled to its maximum occupancy of 2,400 people, attendees extremely close to the back walls once doors opened.

The concert kicked off with a performance from Robert DeLong, who performed techno-pop dance songs. DeLong’s show was extremely energetic and had a lot of fun and quirky elements. DeLong used a Wii remote to change his voice through his computer using a Bluetooth implanted in the remote. Another noteworthy effect that DeLong used was a series of thin lights that flashed onto the ceiling which resembled strings of an acoustic instrument. DeLong used paddles to “strum” the strings in rhythm to his music.

DeLong did a phenomenal job of hyping up the crowd with his high energy and charisma. He played a mix of his older songs from his latest EP, “See You In The Future.”

At one point in his performance, DeLong asked how many people in the crowd had seen him perform. Only a low percentage of audience members said that they had heard of him. Despite this small percentage of people knowing who DeLong really was, it was quite apparent that they were enjoying his performance based on their singing, dancing and yelling.

After DeLong’s performance, the stage was prepared for AJR. After some preparation, the lights of Stage AE were dimmed yet again and “Overture”, a mash-up of all of the songs on their latest album, “The Click,” began to play.

At the end of the “Overture,” silence filled the stage and lead vocalist Adam, the first of the Met brothers that make up the band, took the stage and began singing the band’s song “Come Hang Out” without instrumentals. When the chorus began playing, the stage erupted with sound as Adam was joined by his brothers, Jack and Ryan, who play piano and guitar.

The energy that was set by Robert DeLong was only intensified once the Met boys stormed the stage. Teaming with charisma, AJR had a very amusing stage presence that made it very easy to get excited and caught up in the moment during the concert.

The intensity that came from the performance was matched by the lights on stage. The most noteworthy effect was a large pyramid made of cubes of light. The boys would turn to the pyramid throughout the performance and interact with it in a way that made it look like they were controlling the lights with their hands or instruments.

The performance continued with popular songs from the boys such as “Sober Up” and “I’m Not Famous.”

There was a break in the spectacle when Ryan Met took the stage under a single spotlight on an otherwise dark stage to share a seldom and serious moment with the people of Pittsburgh. Ryan acknowledged the tragedy that had happened at the Tree of Life Synagogue in the city merely a week before and informed the people of Pittsburgh in attendance that a large portion of the money made through merchandise would go towards those affected by the shooting.

After a slower performance on the ukulele of “Role Models,” the concert picked up the energy right where it had left off. The band played another one of their more popular songs, “Drama,” and an unreleased song called “Don’t Throw Out My Legos,” which was a song about the struggles of growing up and the uncertainty of success that comes with it.

Another noteworthy moment of the night came after the band played “Netflix Trip,” which was a song about the TV show “The Office.” As soon as the band finished the song, they played the show’s theme song with a hard AJR spin.

The concert ended with their most recent song “Burn the House Down” and was called back on stage for an encore where the band played their song “Weak.”