Alice Through The Looking Glass: Nothing to see 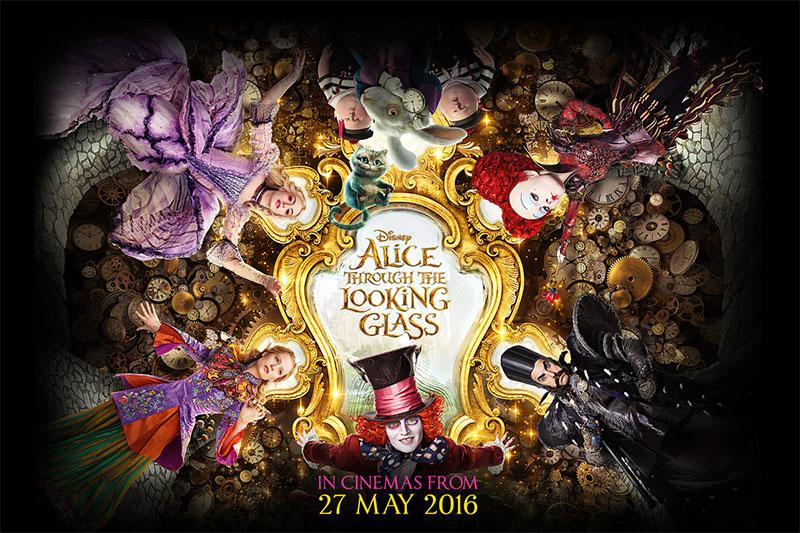 Back in March of 2010, Tim Burton released his live-action telling of the classic story of Alice In Wonderland. A moderate success with critics and a box-office smash, the movie raked in over one billion dollars during its release and started the now all too familiar trend of Disney turning their animated classics into live-action remakes.

Since 2010 we’ve seen numerous stories and characters hit the big screen with everything from Cinderella to Maleficent, but in the meantime we’ve all been wondering where the inevitable sequel to Alice was. That’s not say that anyone was particularly excited for the sequel, we just all knew that it was going to happen eventually.

Now, more than six years later, we finally have our answer in the form of Alice Through the Looking Glass. Reuniting nearly the entire cast including Mia Wasikowska as Alice, Johnny Depp as the Mad Hatter, Helena Bonham Carter as The Queen of Hearts and Anne Hathaway as the White Queen, Through the Looking Glass had a fighting chance at being decent — or so I though.

The story is simple enough. Hatter is sick and dying after finding a remnant of his past, and in order to save him Alice must travel back in time and prevent the Hatters family from perishing on “Horevendush Day.” To complete this task she steals something referred to as the “Chronosphere” from Time himself, played by Sacha Baron Cohen, setting into motion a sluggish and predictable plot which adds nearly nothing new and nothing exciting to the story of Alice.

Now don’t get me wrong, the 2010 version of Alice in Wonderland could also be described as sluggish and predictable, but what that version had going for it was the zany and visually original work of Tim Burton. More than halfway through a new decade however, that Burton-esque look has lost most of its charm and nearly all of its originality, leaving us with a nearly two hour movie of halfway inspirational quotes, obnoxiously over-the-top body movements and tacky CGI settings.

It’s not even Burton we can actually blame however. He made his exit from the directing chair on this movie well known years ago, instead handing over the reigns to The Muppets Director James Bobin who was seemingly set up for failure from the beginning. No matter what vision Bobbin had for this movie, I have no doubt it continuously got trampled by the pressure of making this movie as “Burton” as possible. As a result Through the Looking Glass feels more like one of those straight to VHS movies that we all remember from the 90s.

Every aspect of this movie pales in comparison to its predecessor, which will undoubtedly leave any audience with a “half full” feeling upon exiting the theatre. This film is a cash grab in the most trivial sense of the term, and while you may be tempted to go in hopes of reminiscing of a simpler time when Johnny Depp’s talent as a character actor alone could pack a theatre, I assure you that there is nothing special to find here. Alice Through The Looking Glass opens everywhere this Friday, May 27.