All Hard Disk Drives are NOT the same 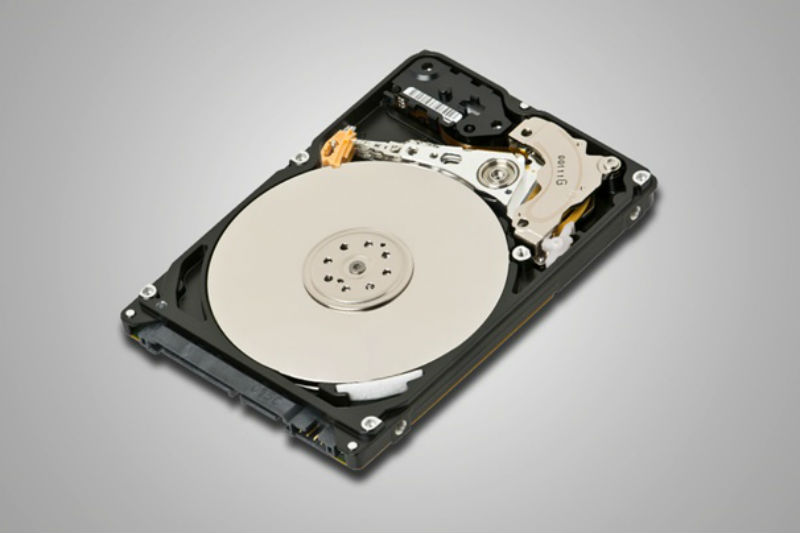 A hard disk drive is a complex component filled with moving parts that must be perfectly assembled. The spinning platters must be flawless, and the heads of the arms that read and write the data on the platters must be an accurate and precise distance away from the platters. The rooms where hard drives are manufactured are fit to test vaccines or build spacecrafts. The differences in precision and components affect the hard drives final price and how long it will last. Not every hard drive is the same; it’s a perfect example of: you get what you pay for.

Online backup and storage company Backblaze uses a lot of hard drives. They store over 100 petabytes of data, so they want to make sure the hard drives they buy are up to the task of constantly being written and read from. Best of all, they are nice enough to share their findings on their blog.

Now it should be said that Backblaze is using desktop hard drives in an enterprise environment. According to their September update, they find it more economical despite the expected higher failure rates of consumer drives versus enterprise drives. It should also be noted that both brand and capacity do, in fact, make a difference when it comes to reliability. The drives that Backblaze uses are all of a much higher capacity than most consumers need. However, the study can be helpful when it comes to what brand you should purchase. 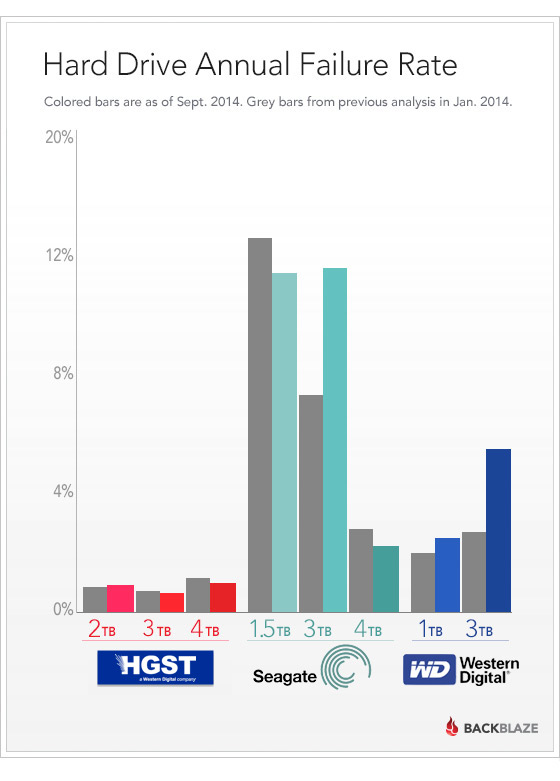 The graph above shows the failure rates for the three main manufactures that Backblaze has come to use. As can be seen, the HGST, formally Hitachi, drives are doing rather well when compared to its Western Digital and Seagate counterparts.

Personally, I have seen quite a few Toshiba laptops come in with bad Hitachi hard drives. Toshiba acquired the 3.5” portion of Hitachi’s HDD business when Western Digital bought the brand out.

I currently run a 500 GB HGST drive in my laptop, and I’m happy with its performance so far. I also run a Western Digital Green 2 TB drive in the machine running Plex Media Server, and to be honest, I’m not expecting it to be there for more than two or three years before I replace it. I also own a 1 TB Seagate external hard drive, but I do not keep any mission critical data on it, as I’m not expecting it to last for more than a few years either.

A hard drive failure can be devastating and unpredictable for the average consumer. Unless you often find yourself peeking at your drives reallocated sector list, a hard drive failure will likely strike you by surprise. It’s important to keep your mission critical data backed up, whether it be online or on additional hard drives. If you have a favorite hard disk drive brand, feel free to comment below.