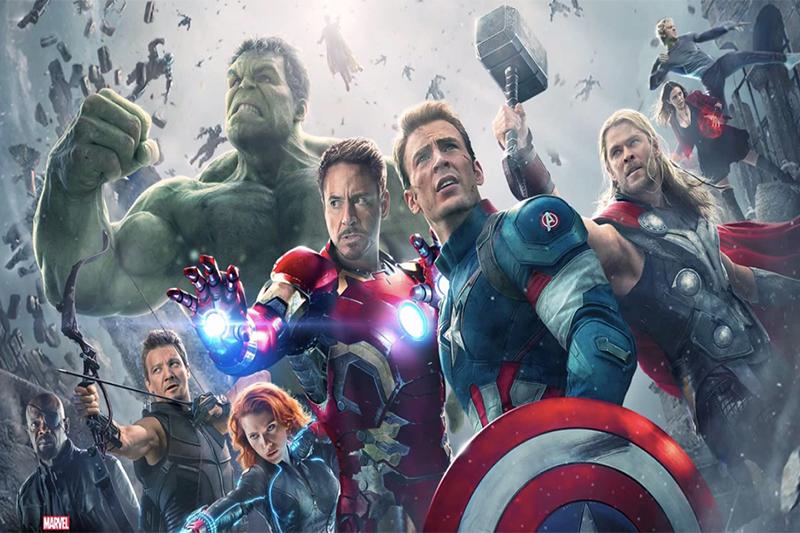 One of the most highly anticipated films of the year is about to hit theatres, and comic book fans everywhere are counting down the seconds to when they can see their favorite team of heroes return. Avengers: Age of Ultron opens everywhere Friday, with the re-teaming of Iron Man, Captain America, Thor, Hulk, Black Widow and Hawkeye.

Their mission is a familiar one: Save the world. A simple and clichéd conflict, but one we were prepared to see, Avengers plays out in a form similar to its predecessor, containing a villain fueled by an infinity stone and a set of heroes, turned villains, turned heroes (although this time they’re twins).

There’s no secret that of the new additions to the cast, Ultron himself, played by James Spader is the most interesting. Quicksilver, Scarlet Witch and even The Vision all have their moments, but Ultron is captivating, all-powerful and misguided, which plays wonderfully against our team of heroes who are entering a period of uncertainty.

If I had to give it a grade, I’d assign it a high “C.” This movie definitely suffers from the tragic, yet not uncommon “sequel slump.” At the very core of the movie however, it is entertaining. The superhero violence is never ending, and somebody is constantly getting beaten down, but the plot does take a number of unnecessary detours that take us to uncomfortable new places (Spoiler Alert: Skip this next paragraph if you want to be surprised).

When I say uncomfortable new places, I’m mostly referring to the fact that Hawkeye has a wife and two kids, and that Black Widow is sterile and in love with Bruce Banner. I recognize that both of these are supposed to explain future plot points in the franchise, but you can’t help but feel a little embarrassed about how these themes are executed.

Now, back to the non-spoilery part of the article, The Avengers does have a similar light heartedness to its predecessor which does add a unique character to it that we’ve come to expect from Marvel. You can really see the camaraderie emerge in this movie as The Avengers evolve from their awkward first mission to the well-oiled earth saving machine we all knew they could be. The jokes fly left and right, with Robert Downey Jr.’s Tony Stark providing plenty of quotable one-liners and quips (There’s one in particular involving a cucumber that you’ll remember forever).

Perhaps the most insufferably disappointing thing about the movie came from the post credit scene, or rather, lack there of. After the main titles are revealed in the credits, we receive a message from Thanos that lasts a whole twenty seconds. After that, the normal credits scroll through, but instead of presenting eager fans with a glimpse of Spider-Man or a clue as to where certain characters are in the universe, the filmmakers decided to leave us high and dry. This might not have anything to do with the plot, but it sure does rub me the wrong way.

Now I recognize that no matter what I say in this article, you’re still going to see the movie. I accept that, and in this case even say you should see the movie. So because of that, I’m not going to spend any more time talking about the nitty gritty technicalities of the movie. Instead, I think I’ll just end this article with answers to the things you actually are wondering.

Is this movie better than the first one? No.

Is it at least entertaining? Yes.

Is it funny? Yes.

Is Ultron a cool villain? Yes.

And finally, will I like it? As flawed as it might be, the answer for you is the same one I arrived at. Yes, you will like it.