Battle of the Five Armies: Smaug dies and nothing else happens 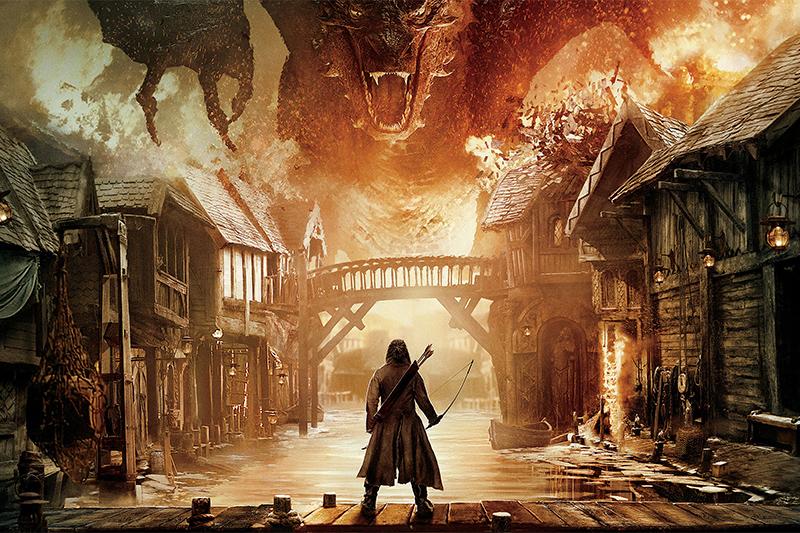 There is no denying that Peter Jacksons original Lord of the Rings trilogy is one of the most stunning film series ever to grace the big screen. Their wide spread popularity and immense financial success made the adaptation of the prequels, “The Hobbit” a given. Over the past three years, starting in 2012, Jacksons been putting the books to screen, starting with an Unexpected Journey, and then the Desolation of Smaug. Today, December 17, we see the release of the final installment, Battle of the Five Armies, a send off to another trilogy that, while not as great as LOTR, has had its moments.

The problem is, not a single one of those moments come from this installment in the franchise. I think deep down inside, we all knew this movie would be rough, but I don’t think any of us could have ever guessed how bad it actually would turn out to be. The problem is simple; this movie is one of the most unnecessary movies in the history of film.

Let me run you through the plot. In the first ten minutes Bard kills Smaug, and then dwarves, elves, orcs and humans have a battle that lasts two and a half hours. That’s about it. No I’m not kidding, but what did you expect when Peter Jackson and some studio executives decided to stretch out J.R.R. Tolkien’s shortest book into three whole movies.

The fact of the matter is they should have just added Smaug’s death to the end of the second movie and called it quits. But they didn’t, and as a result, we are stuck with this long winded movie that contains none of the magic that made this once great series so spectacular. The phrase, “pissing on us without the decency of calling it rain” comes to mind. It’s an obvious cash grab and there is no hiding it.

The thing that perhaps makes me most angry is the fact that I had been defending this series for so long. An Unexpected Journey and Desolation of Smaug were nowhere near as good as any of the LOTR movies, but they were still quality. They stuck to the books (for the most part) and were well timed. I had many fights with people defending the necessity of stretching the book into two movies, and I stick by that stance to this day, but this third movie is something I refuse to associate with. In a lot of ways I see this movie as a betrayal to everything that has preceded it, and am very disappointed in Peter Jackson’s decision to opt for a quick buck over sticking to the beloved source material.

If you’re thinking about seeing it, I implore you to pass. Don’t give into the trap, and don’t reward the people behind this third installment by throwing money at them.