Beyonce’s “Lip-Gate”: Why does it matter? 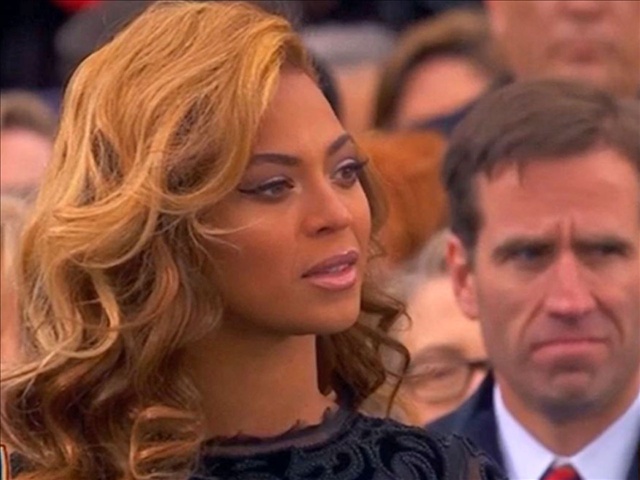 Beyonce preforms at the 2013 Presidential Inauguration.

This Monday marked both President Barack Obama’s second inauguration and the celebration of Martin Luther King Jr. Day. While both occasions were particularly significant for the nation, Beyonce was soon the focus after her performance of the Star-Spangled Banner at the inauguration. The questions from many viewers soon were: “Did Beyonce lip-sync or not?” and “Does this matter?”

ABC News reported that a spokeswoman from the Marine Corps Band said both the band and Beyonce performed to a pre-recording and then later stated she was not in a position to say whether this was accurate or not.

Despite the discrepancy, Americans have been questioning Beyonce’s performance and credibility ever since. And it’s not just hard-core gossipers. Steven Colbert posted a reaction video to Beyonce’s “Lip-Gate,” the scandal’s nickname, and the Wall Street Journal followed.

Twitter has come alive with many reactions to the performance.

One supporter tweeted, “Hey, world. Leave @Beyonce alone. I sometimes pre-record my sermons and lip-sync to them on Sundays. Professionals do this.” While others use humor to explain it: “BEYONCE DIDN’T LIP-SYNC. Jay-z is a ventriloquist.”

A question has arose frequently because of this top story: Why do people care so much? Is it because America is tired of being lied to or being put in the dark anymore than they have to be?

Recent scandals like Lance Armstrong’s use of performance enhancing drugs and the Manti Te’o girlfriend hoax certainly have the country fed up with dishonest figures.

The Beyonce “Lip-Gate” will most likely continue to be a much-talked about event in the next few weeks. That is until the next scandal occurs.