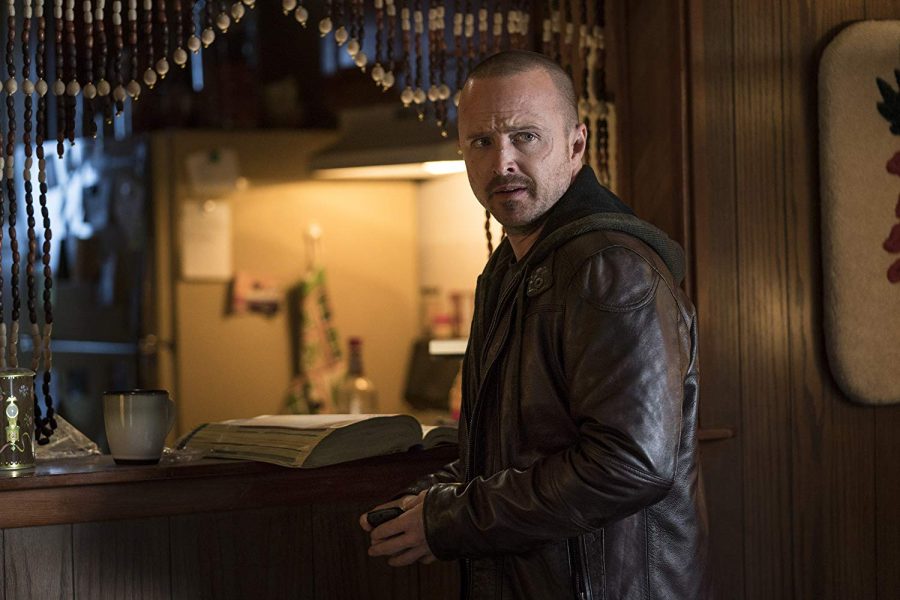 In 2013, Vince Gilligan left “Breaking Bad” fans around the world with a cliff-hanger. The series finale showed the lovable crystal meth chef, Jesse Pinkman, screaming and crying with relief as he sped away from his former life of mistakes and towards a chance of freedom and redemption.

Although brief, this final moment with Jesse Pinkman was powerful. The performance by Aaron Paul immaculately relayed the overload of emotions that had just washed over the character as his former friend, teacher and tormentor lay dying in the disaster behind him.

This was the last we saw of the character up until the recent release of “El Camino: A Breaking Bad Movie.” This film shifted the dangling Chevrolet out of park and into neutral, as the car tumbled from its perch and sent it driving off of the cliff. By no means, does this imply that “El Camino” is a bad movie, but it does mean that sometimes it is better when things remain ambiguous.

Today, it is common to see movies that exist solely for the purpose of making money. Its debatable on whether or not “El Camino” falls into this category. Despite how perfectly Jesse’s story was wrapped up in the original series, I was certainly excited to hear that we would be getting more from the “Breaking Bad” series. This excitement started to fade as I began watching the movie. I was wondering why the movie existed and found myself appreciating the cliff hanger that once haunted me.

It is important to say that “El Camino” is not a bad movie. However, it is also crucial to keep in mind that it is a product of “Breaking Bad.” This show is easily one of the best and most iconic shows to air. The characters were brilliantly written, it was extremely well-paced and I was always excited to see what was going to happen next.

“El Camino” falls short of reaching the bar that “Breaking Bad” sets so well. I believe that a lot of this has to do with the main plot line. Jesse’s goal throughout the film is to gather enough money to pay “The Disappearer” to clear his record and move him to Alaska.

This is a simple plot line that does not compete with what we are used to from “Breaking Bad.” It is also a plot that has been seen in countless other movies, making what should be a very special movie feel unoriginal.

The other part of the movie is mostly a series of flashbacks. Some of these flashbacks are good and help guide the plot. Others are put into the movie solely to provide viewers with goodbye’s and use the power of nostalgia. These scenes are nice to see, but they do not provide any real substance to the film and feel like a way to just fill a run-time.

There are also some questionable character changes in this movie. Quite possibly the biggest comes from Jesse himself. In the television series, Jesse always struggles with violence and avoids it as much as he can. This stays the case throughout the movie until the final conflict.

Jesse has to get money from Neil, a character who was discovered to have played a role in Pinkman’s entrapment during the original series. Neil decides that the only way that he would be willing to give Jesse the money that he needs is if he beats him in a gun duel. The two duel, wild west style, and Jesse ends up gunning Neil down and then killing several of his goons.

There is one major problem with this scene. As mentioned before, Jesse struggles with violence. He is not the type of person to gun down three or four people and have no remorse afterward. It can be argued that Jesse was okay with killing Neil and his supporters because they tormented him in the past.

However, this is not accurate because Jesse refused to kill Walt, someone who had taken advantage of him for years, in the series finale. Jesse does not kill unless it as a matter of his own survival. Neil was not attacking Jesse, he just proposed the idea and Jesse chose to go along with the senseless violence. The scene just doesn’t match up with his character and it feels like it was put into the movie just so that they could have the “wild west showdown” gag.

Another problem that I have with this movie is that it misses out on a lot of potentials. For example, it is established towards the beginning of the movie that Jesse has developed Post Traumatic Stress Disorder. I was excited to see how a character, such as Jesse, who is often seen as immature and carefree would struggle with something as serious as PTSD.

This idea slowly trickles out as the movie goes on, though, and reaches a dead end. I believe that the movie would have been a lot better if it had fewer flashbacks for nostalgia and explored new and intriguing topics such as this.

The fans of the movie already like the characters, there is no need to constantly remind me that they were in the show. If this was not the case, then the viewer would not be watching the movie. “El Camino” does not make sense if you have not seen “Breaking Bad,” so there is no need to show me as many flashbacks. Instead, show those characters, that the fans already love, taking on new challenges.

Regardless of my complaints, there is a lot of good that comes from “El Camino” as well. I felt that a lot of the cinematography was great. It was certainly great to see Vince Gilligan working with the budget of a movie rather than a television show. It really made a difference in a lot of the shots.

There is a particular moment where Jesse goes to an abandoned apartment room in search of money. As he looks for the money, it feels as if the apartment is never ending. After his search, Jesse ends up trapped in the same apartment with two police officers who are unaware of his presence. I felt anxious and on edge during this entire scene because of the way that it was shot. The room that once felt enormous suddenly made me feel claustrophobic.

I also felt that Aaron Paul’s performance was stellar. I say this lightly though, considering that Paul could probably play Pinkman in his sleep by now. The two are intertwined and it really shows. Before watching the movie, I questioned if Jesse Pinkman was still going to feel like Jesse Pinkman. Within the first several minutes of the movie, I found that the answer was yes.

Overall, I felt that El Camino was an alright movie. That is the best word to describe it, not great, not bad, but alright. It is obvious that a lot of heart and hard work was put into this movie by both the production team and the cast and I never felt bored watching it. However, despite all of the good, it just fails to meet the expectations that “Breaking Bad” fans expect.