Bobby’s Back: The Mythos Behind Bobby Shmurda

MOON TOWNSHIP — Ackquille Jean Pollard has been released from prison.

If that name seems unfamiliar, it may surprise you to hear that is the legal name of Gen Z’s hip-hop “meme prophet” Bobby Shmurda, who has spent the past six years in New York’s Clinton Correctional Facility.

While his most recent exploits have Shmurda hopping from the cell into a jet, the artist rose to fame in 2014 when one of his singles rose to the Number 6 spot on the “Billboard Top 100. ” Since this trip into the spotlight, he has been a walking music sensation. What was unexpected was his status as an internet meme from the day he was put in prison.

Just over a month after signing with Epic Records, he was arrested along with other members of his gang, known as GS9, and charged with conspiracy to murder, weapons possession, and reckless endangerment. Almost immediately, jokes began to circulate online about his status as a “political prisoner.”

For some reason, social media and meme culture surrounding him have forgiven him for his past actions. Most individuals who know and enjoy Shmurda’s work could not wait for him to get out, allowing him to continue his short career that existed before his year’s in prison. 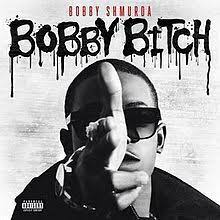 His EP hailed the golden hit “Bobby Bitch” and others that rose to the “Billboard Top 100.” These songs were staples in high schools in 2014, where many college student’s youth culture flourished. For some reason, Bobby Shmurda is like the Fleetwood Mac of hip hop artists. Anyone can get around to liking it: jocks, punks, outcasts, the popular kids, stoners and even teachers.

In 2014, you could not walk down a hallway without someone making a joke yelling, “about a week ago.” I myself reveled in Mr. Shmurda’s hip hop swagger in my 10th grade French class. We were supposed to draw images and people to come up with sentences in French about the story. I modeled mine off of his hit song, where I first heard of a trap house.

I drew a trap house and a story surrounding a poorly drawn caricature of Shmurda with a blue expo marker. I just wanted the validation of my class getting the joke, and hearing trap house pronounced in French (Maison de piège, just in case if you were wondering.)

Shmurda is not the first artist like this to become an internet meme sensation and be forgiven for past actions based on their likability today. Take Snoop Dogg, for example. His past as a member of the Crips led to an incident where he was arrested on first-degree murder charges 25 years ago, which would soon after be acquitted. Now, Snoop Doggy Dog is a beloved man amongst all. He’s the “funny weed man” who bakes goodies with Martha Stewart.

Now a returning face to hip-hop, Shmurda’s departure via jet is cementing his status as a cultural icon. Audiences can only wonder when the next album will drop, full of the Shmurda swagger.

Hopefully, it comes within this year. Because what would mark the blissful transition from the COVID-19 world to normal again? With our hip-hop hero taking the stage to make us feel a little comfortable once again.