Does the third trip to Pandora hold up to the rest? 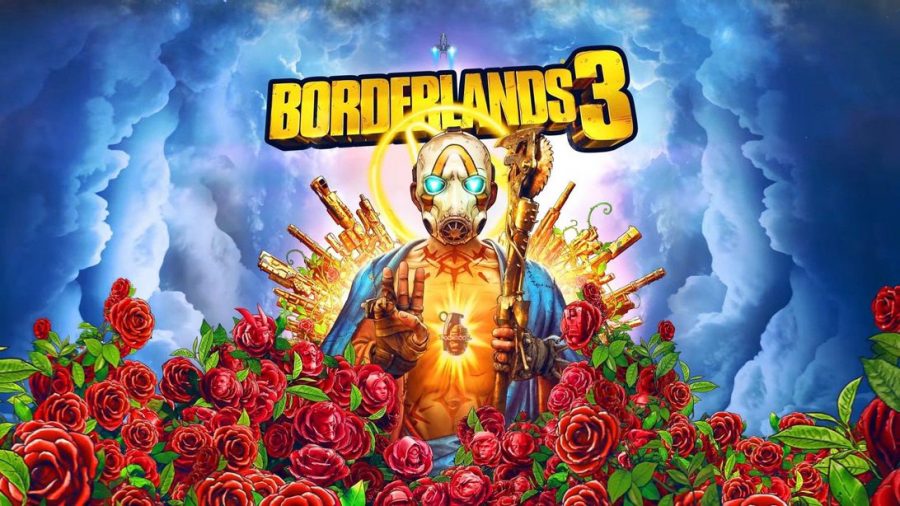 Gearbox Games and 2K Publishing’s “Borderlands 2” combined exciting and intense gunplay with clever writing and humor, cementing itself as one of the greatest shooters this generation. As a result, its sequel would have a lot to live up to.

While the announcement and release of “Borderlands 3” was a welcome one, it soon became ensnared in controversy after controversy. Now that the game is officially released on PC and console, is “Borderlands 3” nothing more than a controversial headline? Or is it a true successor to one of the greatest looter-shooter games of all time?

“Borderlands 3” has the player take the reins once again as one of four playable Vault Hunters in a quest for the legendary Vaults. For the first time in the series players are able to explore beyond the first two games’ setting, Pandora, as they race to find each Vault and the associated loot. While on their quest, the Crimson Raiders must defeat the Children of the Vault and their cultist leaders, Tyreen and Troy Calypso.

Each playable character is able to use three different action skills and a variety of different ways to augment them. In addition, each Vault Hunter has a different aspect about them to make them stand out from the others. For example, Zane the Operative can equip and use two action skills at the same time while losing the ability to throw grenades, while FL4K the Beastmaster can choose between three different pets to fight by their side.

While I can only advocate for Zane the Operator, who I picked for my first play-through, I can say with absolute confidence that he is a blast to play. His actions skills can be a combination between a digi-clone of himself, a drone and a portable shield. He can also augment his skills to increase his abilities and damage output in battle.

Not only is he fun from a gameplay perspective, but he also brings downright hilarious dialogue. I never thought I needed to hear an Irishman talk about computer dinosaurs fighting super-monkeys, but Zane made that initially unrealized dream come true. If you are playing this game for the first time, do yourself a favor and play as Zane the Operative.

The only problems I have gameplay-wise are occasional hiccups and crashes in what is otherwise very fluid and fun gameplay. If Gearbox were to fix these problems then I would have literally no problems with how the game plays, but in it’s current state, it can be a big inconvenience to deal with.

From a story perspective, you are whisked away from the usual setting of Pandora to other planets in search of their Vaults. Regarding the Calypsos, the game’s main villain duo, it feels like Gearbox tried to make the Calypsos as close to Handsome Jack, the antagonist of “Borderlands 2,” as they could. Examples include haggling you on your quest, making rude videos, and even a quest where Tyreen Calypso pays you a rare gun to kill yourself on camera. While the Calypso Twins’ thing is being edgy Twitch streamers, which in itself brings hilarity, not once did they make me think they could be the next Handsome Jack.

Looking at the locations to explore, the game has a varied list of settings such as the sprawling cityscape of Promethea and the backwater swamplands of Eden-6. These worlds feel fully realized with background characters interacting with each other and you. The main characters you meet also feel fully realized as well. The models on the characters are higher quality than ever, with higher quality animations and expressions. Characters from previous entries return, such as Zer0 and Maya. Even seemingly one-off characters Rhys and Vaughn from Telltale’s “Tales from the Borderlands” have meaningful roles in this game.

Good characters and story can only take a game so far. What the “Borderlands” series is known for is its wide variety of guns. Each and every gun I’ve used has felt powerful, disregarding its rarity. Not only that, but the game has some of the zaniest guns ever conceived. Some examples of the many zany weapons include: rocket launchers that shoot cheeseburgers, an homage to Elon Musk’s “Not A Flamethrower,” and a pistol you reload by doing a magic trick. I’m not even scratching the surface with the amount of crazy guns in this game. It is really something that you need to experience for yourself.

Overall, I found the gameplay to be downright addicting and that what I have played of the 30-hour story is amazing even though the villains may leave more to be desired. I can see “Borderlands 3” quickly becoming one of my new favorite games. 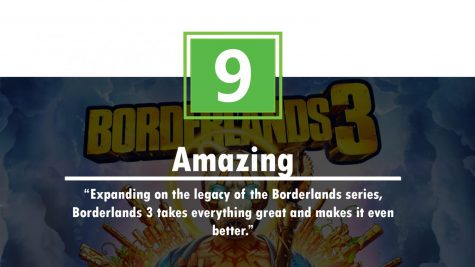