Captain America: Civil War – The year heroes couldn’t get along 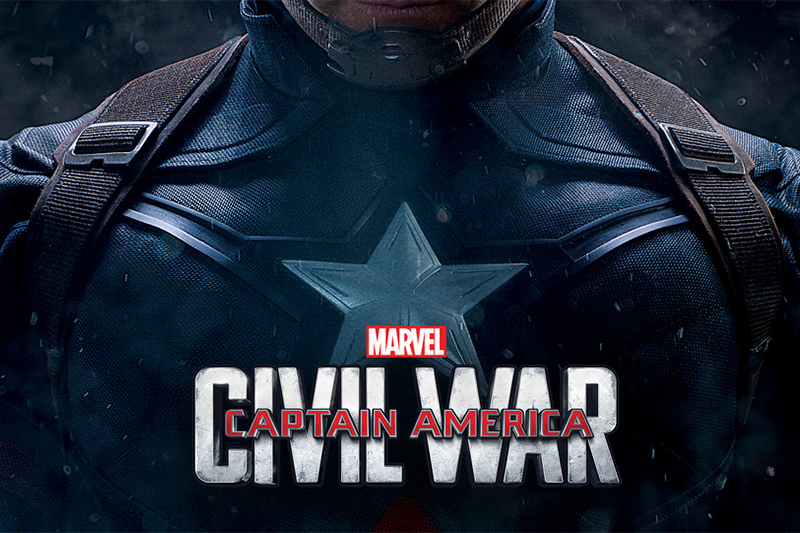 The summer movie season is quickly approaching, and while it may not technically start until June, Marvel has made it a trend over the past few years to spoil us by releasing their big “summer” movie in early May. This year of course was no different with Captain America: Civil War coming to theatres, pitting the two main Avengers characters against each other in a year of movie releases seemingly jam packed with heroes who can’t get along.

Of course the other movie I’m referencing here is the disastrous Batman V Superman that came out in March.

Any person even slightly familiar with the comic version of Civil War gets the jist of the movie. Tony Stark’s Iron Man (Robert Downey Jr.) and Steve Rogers’ Captain America (Chris Evans) go head to head over a dispute that arises when political interference in the Avengers activities cases a rift between the two heroes. Making the situation even more complicated is the storyline of the friendship between Rogers and his childhood friend Bucky Barnes, aka the Winter Soldier, who we were introduced to in the last Captain America Movie.

Now of course standing true to the Marvel Cinematic Universe, the events in Civil War take place after the last two Marvel releases, Avengers: Age of Ultron, which was the last time we saw the superhero team together in action, and Ant-Man, who’s standalone movie surprised audiences with its pragmatic storytelling and unique spin.

While overall I would say Captain America: Civil War has more to like than both of those movies, it does fall victim to the close release date with Batman V Superman. Unfortunately for Marvel, their story just has too much in common with the Justice League startup and as a result, the movie feels stale and overplayed.

The real problem is the similarities between the characters  Superman and Captain America and Batman and Iron Man. Superman and Cap are both the modest, do-gooders with a heart of gold and a love interest who go up against the rich playboy with dead parents and an axe to grind. The similarities are just too numerous to ignore and as a result I found myself getting bored with the story.

The saving grace of this movie however, and the only reasons I won’t tear it apart as I did with Batman V Superman, come from all the things you expect from a Marvel movie. For starters, the movie often takes breaks from the pulse pounding action sequence to throw in some one liners, which always work great to break the tension amongst the audience. Equally, the actual fights between our two heroes were way more rewarding than those between Batman and Superman, a fact that makes the movie tolerable visually.

Of course I can’t do this review without at least one mention of the new characters to the Marvel Universe. Civil War is the first real introduction to the Falcon (Anthony Mackie), Black Panther (Chadwick Boseman) and the long awaited Spiderman (Tom Holland). Much to my surprise, my reaction to these characters went beyond indifference and into the territory of affection.

The addition of these characters don’t bog down the story as I had expected, but instead helped move it along by creating a secondary storyline that worked parallel to the two heroes fighting. I have to give credit especially to the young Tom Holland who has taken on the role of Spider Man, a daunting task for any actor, but at the tender age of 19, held his own next to his more experienced co-stars, and has even gotten me a little excited to see him in a standalone movie.

All in all, I won’t rate Civil War as bad as I have for superhero movies in the past. As far as the story goes, you’ve seen it before, but the campy action sequences and the novelty of Captain America and Iron Man fighting is enough to warrant seeing it once in theatres. Captain America: Civil War opens everywhere on May 6.

Captain America: Civil War – The year heroes couldn’t get along