6 movies that will make your blood run cold 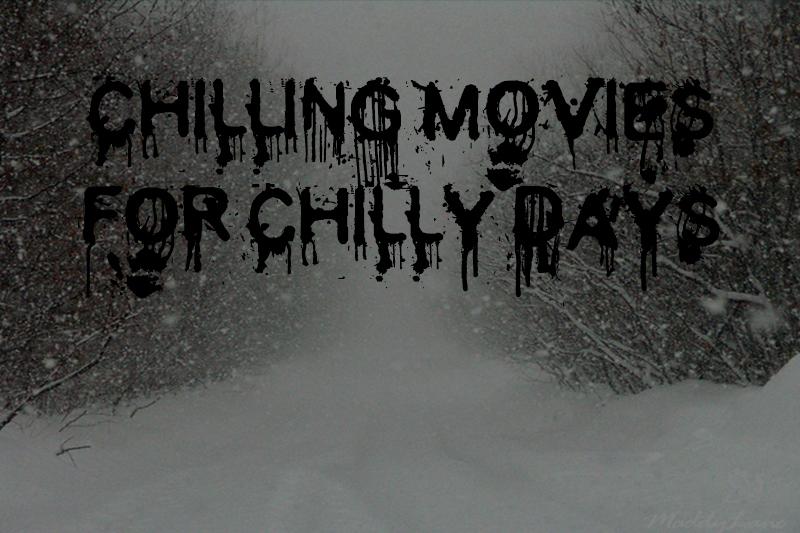 Winter is the worst. It’s cold, unforgiving and depressing. But that makes the perfect setting for a horror movie. While we hopefully only have a few more weeks of winter, you can spend the remainder of it curled up inside watching some of these winter-themed horror flicks.

Cold Prey (or Fritt Vilt) is a Norwegian slasher film about a group of teens who go snowboarding in the mountains. When one of the teens breaks his leg, they are forced to take shelter in an abandoned ski lodge. They soon realize that they’re not alone.

This is a great slasher movie, but don’t expect anything too amazing. This is a good one for those of you who aren’t big into gore. Unfortunately, the only version you can find online is an English Dub, which is great if you hate subtitles, but it definitely damages the mood. And acting in this one preventing it from appearing higher on my list.

Frozen is one of the best winter-themed movies out there. I’m, of course, referring to the 2010 thriller about three kids who find themselves stuck on a ski lift for several days. What makes this movie so great is how relatable it is. If you’ve ever ridden a ski lift, you can understand the fear this film is built around. This movie isn’t too terrifying, but it will definitely cause you some degree of anxiety. The special effects in this movie are also applaudable. Frozen is kind of like a feature length version of an “I Shouldn’t Be Alive” episode.

Say what you want about Norwegians, but they make some pretty good movies. Dead Snow is a movie that doesn’t take itself too seriously. The movie is basically Evil Dead in the snow, but instead of undead demons, we get Nazi Zombies. Before you complain about stealing from Call of Duty, the movie hit theaters only two months after the Nazi Zombie game hit shelves.

Dead Snow is completely hilarious. It features over the top death scenes and tons of bloody, practical effects gore, which is all you need to make a successful zom-com. If you love campy horror movies then this is the one for you.

The Norwegians can’t take all the credit. This Swedish horror flick tells the tale of a bullied twelve-year-old boy who befriends a young vampire. The movie is partly a romance story but don’t let that scare you away. Let the Right One In is such a well made film that it can slide seamlessly between heartfelt and horrifying. The American remake “Let Me In” was also very well made, but if you have a choice, I recommend you stick it out through the subtitles. This movie is one-of-a-kind.

30 Days of Night is not only a fantastic winter-themed movie, but one of the best vampire films to come out in the past decade; apparently, snow and vampires come hand-in-hand. Based on the comic book of the same name, 30 Days of Night tells the story of an Alaskan town where the sun sets for an entire month. This is the ideal setting for a vampire invasion and makes for one of the best winter-themed movies I’ve ever seen.

This classic stands out above the rest. John Carpenter’s The Thing is by far the best horror movie ever made with a winter theme. When a team of Antarctic researchers accidentally take in a stray dog, they unwittingly welcome a shape shifting extraterrestrial into their base. The special effects in this movie are the Holy Grail of horror movie monsters and still manage to be realistically frightening and grotesque by today’s standards. This movie makes the number one spot on my list for that reason alone. If you only watch one movie from this list, make it this one. It’s creepy, it’s scary, and it’s actually a good story. No other movie out there is quite like this one and if one is pretending to be, remember to kill it with fire!

Do you have any other chilling suggestions? Which of these icy tales leaves your blood cold? Let us know what you think in the comments below!