Concerts and COVID-19: Will it be the same? 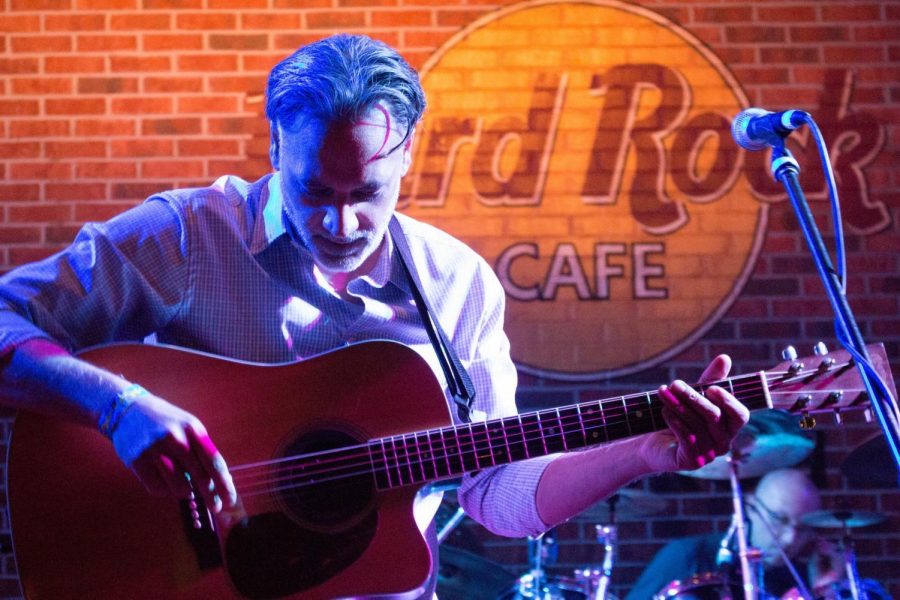 Covid- 19 has affected all aspects of human life in the past 6 months, putting the entire world in a steady shutdown. From a global economic crisis to people being stuck inside their homes, only recently has the world seen a light at the end of this long stressful tunnel.

Restaurants and non-essential businesses in Western PA seem to be going back to normal. With limited capacity and health precautions anyone can see that this storm might be finally coming to a halt.

What about the local music scene?

Pittsburgh, a bright and vibrant metropolis full of its own proud little anecdotes, one being its local musicians have had to modify the process until the pandemic is over.

Bars and restaurants can have some capacity filled, but it might be quite a long time till anyone sees a full concert of hundreds to thousands of people at venues like PPG, The Rex, Stage AE, and UPMC Events Center.

Sentry Media caught up with Chris Fafailos, the bassist for Pittsburgh’s own Punchline for his insight into the crisis and its effect on the local scene.

-How has Covid affected putting out new material for Punchline?

Chris: “We have already been on a system of sending each other files as far as new music. So, this just gave us more time to write new songs. Right at the beginning of quarantine we had wrote a song called, “Just stay home”, and recorded it within a week. we had fans submit home videos to create a video for the song to be released to keep the momentum of our music through this tough time.”

-Has this sped up the process of releasing new material?

-Have you had to take up other sources of income to support yourselves?

Chris: “Yes but we have always done that because we all have had our own little side hustles to get by, mine is video editing. Especially not touring and playing live shows we have had to amp up those in these stressful times.”

-Do you see any hope of the music scene getting back to normal?

Chris: I don’t know man, that’s a good question. I would be optimistic about it if people were being more careful. I feel like by the fall there is going to be a serious risk of falling back into this lockdown, which I hope I’m wrong about. I see these places going into the green zones and people finally coming together and seeing that even though were allowed to do these things and go to these places. Its like but do I want to? If you go to concerts you are packed in there especially punk shows with mosh pits. Maybe once there’s a vaccine I can see it but there is only hope and even with a vaccine you must wonder how could the virus mutate? There are just too many factors to be played in right now.”

Chris divulged how Punchline had to cancel upcoming shows and whether to cancel some ones in September when things might be calmed down. His sentiments were not optimistic that in 2020 there will be any live-in person shows for any bands to play. Him and his band mates are focusing most of their attention on writing new material and putting on virtual live shows to reach their community and try to maintain some normalcy.

A lot about the virus is still unknown and these next months as businesses and things start to reopen will be a very trying time for the country. It is all important for everyone to stay safe and stay healthy that we can pull through this stressful time together.