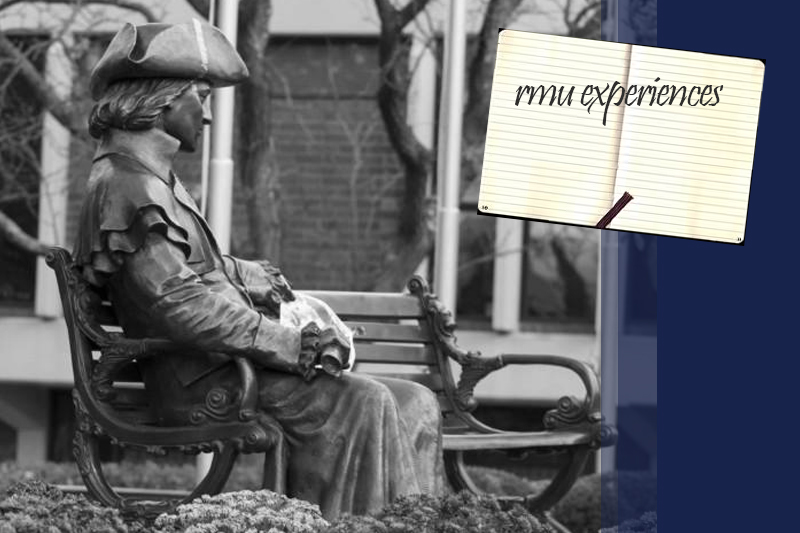 As we all enjoy or detest our days in college, you have to remember that it’s only temporary, and soon you’ll be walking up to receive your undergraduate degree. Since the semester is approaching an end, some people are looking forward to spending their last semester in school.

Three RMU seniors were interviewed and asked to share their experiences at RMU so far — what they liked and disliked, what they’ve learned and what advice they have for not only the freshman but also for anyone who may not be living out their college experience to the fullest.

Overall, the seniors have mentioned that it feels good to finally be a senior, and that they’re looking forward to getting their degree. Diego Gutierrez, a senior psychology major, sees this as a bittersweet time.

“I’m happy that I am almost done with my undergraduate, but it’s kinda sad because I made a lot of memories here, and it has to be something of the past now,” Gutierrez said.

While in college, these seniors made a lot of great friends and memories. Silas Green, a senior actuarial science major, will be graduating this fall and has enjoyed every bit of being at RMU.

“It’s been the best three years of life,” Green said. “I’ve never had an experience where I lived very close to friends, and anytime we wanted to hang out, I can just make a suggestion and boom — we do it. I really enjoy that part in college. I also feel that in a weird way, I may have had the least stressful college experience than the average college student because I never partied, hooked up or anything like that. I never had problems with people that I have encountered, and I know that’s a huge aspect for people in general and in college that, I think, it kind of gets magnified. I feel that I was able to enjoy everything more because I didn’t have to spend any of my time avoiding people or getting worked up over people.”

Even though the seniors named a lot of things that they loved about being in college, they still had minor dislikes.

Jordan Williams, a senior industrial engineering major, mentioned that she had a couple problems with former roommates, but she was able to look at it as more of a life lesson.

“I’ve had a lot of different roommates, a lot that I did and didn’t get along with, and we’re still great friends today, but you definitely learn a lot about yourself when you live with a diverse group of people,” Williams said.

Green felt like there was more pressure being put on grades since it’s college, and your grades can have an effect on what you plan on doing after college, but those weren’t the biggest cons for him.

“Once it’s over, you have to enter real life, and it’s not the same as finishing high school because you have one extra buffer before being exposed to the real world,” Green said. “So once college is over, that’s it as far as being a ‘kid’; now you’re officially an adult, for real this time.”

Since their journeys are coming to a close, they thought of some things they probably would have done better if they could go back. Gutierrez felt that if he could go back, he would’ve definitely changed his major.

“Instead of majoring in psychology, I would’ve minored in it,” Gutierrez said. “Don’t get me wrong, I love psychology. I would’ve done a different major because I realized that there was a different course I took that I would’ve liked to pursue more.”

Williams and Green, both would have went back to freshman year to change their perspective on friendship and fun.

“I would tell myself to be more easygoing my freshman year,” Williams said. “I was so nervous, and I wanted to make the best of it so much that I was concerned about what everyone else around me were doing. That’s something that I’ve learned throughout college, and now I do what I want to do, and I don’t care who thinks about what I do, and it’s helped me to thrive a lot more in college. It’s more fun when you’re yourself from the beginning, instead of taking time to do what everyone tells you to do or do what everyone else is doing.”

In addition, Green would have worked to establish more friendships during the time he had.

“I wish I had made the decision early on to spend more time connecting with people, especially orientation weekend because the first weekend and first couple weeks are before cliques start forming in college,” Green said. “Even though I found a great group of friends in the end, it would’ve been nice to have more acquaintances that I still kept up with over the four years even if we’ve never hung out that much.”

The three of them have learned a lot from what RMU — from what it had to offer and from the effort they put in. It won’t be long until the college career of even this year’s freshman class comes to a close. To make the best of it, the advice of these seniors is to make friends, make mistakes, don’t be afraid to stand out, but most importantly, have fun. (And of course, get good grades.)