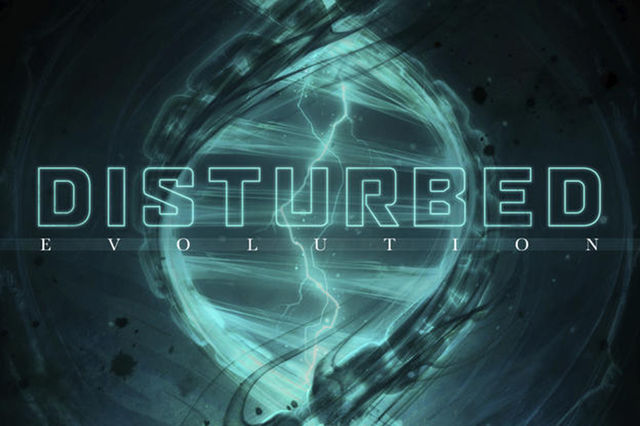 One of the most iconic bands of the rock and metal genre, Disturbed’s range in tone and sound have made them a staple of modern rock music. From the aggressive tones of “Down with the Sickness” to the creeping and ominous cover of “The Sound of Silence,” the band has been able to appeal to all types of listeners and adapt with the genre.

“Evolution” is intended as a shift from the band’s original sound, reflecting on how the band has changed over the past 24 years. Showing that their softer side is something worth developing, Disturbed made a large portion of their new songs less aggressive and instead focused on the quality of the vocals and message they carry. Does “Evolution” stand up to the classic albums of Disturbed’s past?

“A Reason to Fight” has beautiful acoustic work, complimenting David Draiman’s melodic vocals. While the band’s name was made on their iconic, fast-paced and aggressive style, this more reflective and reserved style isn’t a bad change. Offering a more somber sound, the song is easily the best on the album, and definitely worth the download.

The same is true for “Hold On to Memories,” an amazing song about remembering those who we have lost. Stating that we should “make a ride of this world while you can,” Disturbed’s message about life and death is engaging and entertaining. This song, while more positive then “Sound of Silence,” could be the band’s next emotional hit.

Where “Evolution” fails is in the faster-paced songs. Disturbed’s aggressive style has seemingly taken a dive, leading to disappointment at what could have been. With songs such as “Prayer” or “Down with the Sickness” showing the raw talent of the band, a high bar has been set for their fast paced music. The songs on Evolution, however, fly under the radar and leave listeners wanting more.

The first song on the album, “Are You Ready?”, is a lame attempt at starting the album. The track sounds like every other generic rock song, with generic playing from the whole band and boring vocals from Draiman. Considering the band’s previous work, and even songs on the same album, the lyrics feel uninspired and cheesy. The message is to get ready for the “revolution,” yet the song makes you want to stop and find a new band to listen to.

“The Best Ones Lie” offers some salvation later in the album. While not as catchy as other Disturbed songs, the track is closer to the band’s “nu metal” origins. While the rest of the album tries to move away from the subgenre defined by edgy undertones, this song is moody enough to rival “Down with the Sickness.” The song is far from perfect, with the playing feeling phoned in, yet is a step in the right direction.

The big issue plaguing the album is the conflicted guitar work from Dan Donegan. The playing during the slow songs is creeping and beautiful, leading to memorable and emotional songs. During the fast songs, however, there is nothing special or interesting. Each slow song sounds unique, so why can’t the intense and blood-pumping songs be given the same amount of dedication and effort? This, combined with the lack of an impressive solo, leads songs to feel like annoying background noise to Draiman’s vocals.

“Evolution” isn’t a bad album, but it is extremely disappointing. The conflicting sounds lead to a subpar album, with the hard hitters being preceded by some of the band’s worst work. If you are a diehard fan of Disturbed, this album may not be what you are looking for. If you prefer the aesthetic of “The Sound of Silence,” there is plenty of great songs on the album. If not, you may be disturbed by the band’s new direction.