I’m all about that Solid State, no hard disks 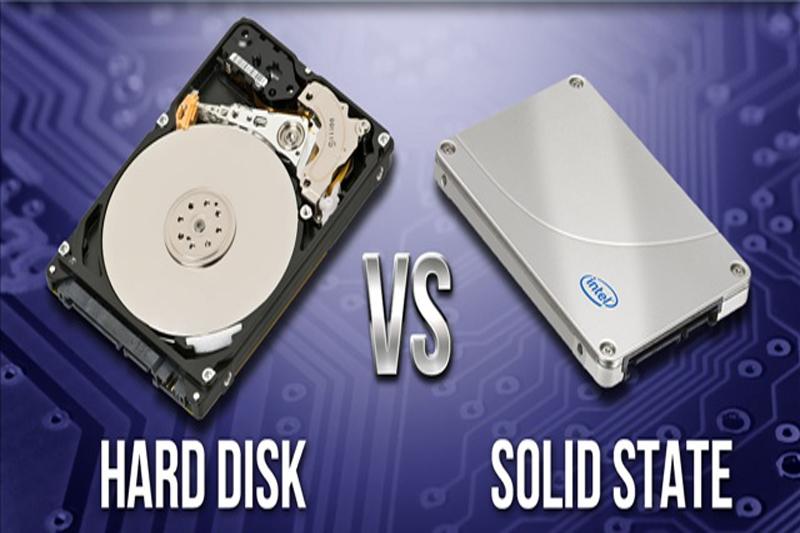 So far, SSD’s are still more expensive for their capacity compared to the spinning alternative. But there are some advantages to SSD’s that might make them worth the extra cost, and perhaps the good old hard disk drive (HDD) still holds some weight.

As of writing this, a 2.5 inch 500 Gigabyte solid state drive on amazon.com costs about $200 while a hard disk drive of the same size and capacity costs a quarter of that coming in at about $50. So what is so special about solid state that it is worth four times the cost?

To find out why, it’s important to understand the difference between these two forms of storage. A traditional hard disk drive contains platters that spin, and similar to a traditional record on a turntable, an actuator arm moves back and forth allowing heads to read or change the magnetization of the platter right below it. The speed in which an HDD can read and write data is one of many things that affect how ‘fast’ your computer seems to run, especially start. Most HDD’s are rated on how many rotations per minute the spindles do. High rated and expensive drives for servers can go 15 000 rpm while most drives coming in consumer computers are rated for 7 200 rpm.

Solid state drives have no moving parts and use a trick called NAND flash memory to save data even after the computer turns off. With no moving parts, access times for reading different files around the drive are a lot lower. To see how spinning platters and moving heads make a hard drive, check out this HDD in action.

No moving parts not only means fast access times, but SSD’s are also less vulnerable to shock making them a good option in devices that move around a lot, like laptops.

Solid state drives are great, but the high speed disk drives that are generally used for servers are also very good at linear moves, meaning writing and reading of files that don’t require the arm to move back and forth. So far, there is no definitive evidence that SSD’s are worth the cost in certain server configurations. But to the casual user, here is a breakdown of the Pros and Cons.

Cheaper
Just as fast and reliable in some situations

All in all, if you can afford to put a solid state drive in your laptop, you should do it. You will likely experience faster boot times, and the overall ‘speed’ of your computer will seem to increase. If you can’t afford an SSD, then generally, the faster the spindle speed, the faster the drive. Stay tuned for next week where I compare different hard disk drives, and share some tips to get the most out of your hard drive.