Inside Out: Originality makes me happy 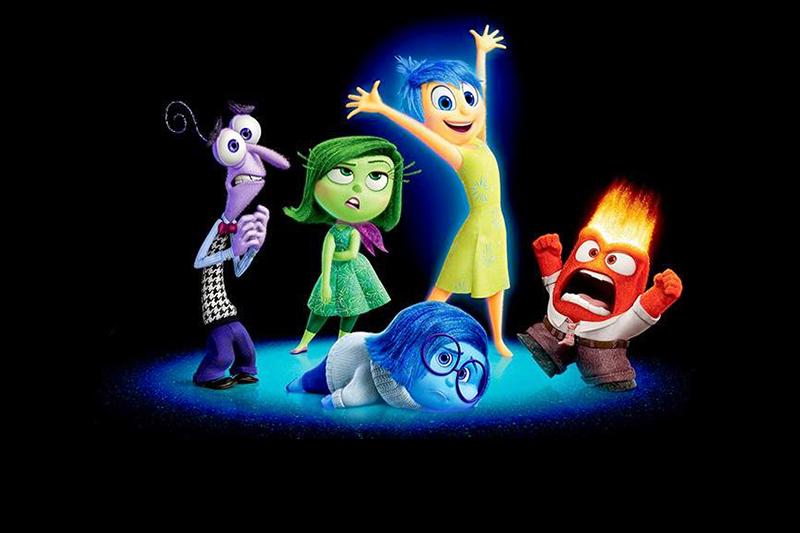 What’s the best thing about Pixar’s newest flick Inside Out? Is it-

A. Its original, imaginative story

B. Its beautifully crafted animation that is on par with the studios best work

D. The voice cast behind the movie

Trick question. The answer is all of the above.

A film all about what goes on inside your head, Inside Out is easily one of Pixar’s best films, not only as of late, but of all times. Just a few months ago I reamed Disney for its lack of imagination and original storytelling when it came to their so-called reboot of the Cinderella story, with my main point being new ideas will always trump the same old thing.

Inside Out just proves that point over and over again to me, being truly unlike anything you have ever seen before. When I watched the first trailer for this film, I honestly thought it was going to be an Osmosis Jones rip-off (for those of you who don’t remember, Osmosis Jones was the 2001 animated film from Warner Brothers about anthropomorphic cells living in the body of Bill Murray.)

As it turns out, Inside Out is not even relatively close to Osmosis Jones and when it comes to any similarities they do share, Pixar wins hands down every time.

Riley is just your average eleven-year-old girl. She loves her family, her friends and hockey and is generally just a fun-loving person.

When her family is suddenly uprooted from their home in Minnesota to move to the big city of San Francisco, her normal happy emotional state is put in jeopardy.

Making matters worse, after an accident involving tainted memories and a vacuum tube, Joy and Sadness are separated from the control center in Riley’s head, leaving Fear, Anger and Disgust to command Riley through this tough transition.

The rest of the movie follows Joy and Sadness and their journey to back to the control center. This process becomes increasingly difficult as Fear, Anger and Disgust, who are obviously not level headed enough to control the entire emotional well-being of a little girl, wreak havoc on her life.

Slowly Riley begins to lose control, and without Joy at the helm the question becomes, “Will Riley ever be happy again?”

It’s a children’s movie, so make your assumptions. It turns out exactly how you would expect, but that doesn’t mean there isn’t a lesson to it.

In fact, I think this movie has one of the more poignant lessons we can gather from a Pixar movie. The entire moral of the story is simple: it’s okay to be sad sometimes. This is a brilliant message to give to kids, especially in this day and age.

Now don’t get me wrong, there’s a very strong moral message, but that doesn’t mean it’s not tons of fun to watch too.

I can usually judge a good kids movie by the attention of the children in attendance. If there’s lots of movement and talking, the movie is usually a no-go, but if they sit quietly, transfixed for the entire run-time, you more than likely have a winner on your hands. Inside Out is definitely the latter of the two.

There are plenty of jokes and quips that kids will find hysterical, but it’s equally easy to watch for adults. In fact, it may be more fun for adults.

The funniest part of the movie is easily the exchange between what’s going on inside Riley’s mother’s and father’s head, though I’m sure a fraction of that enjoyment comes from the fact that you know the kids have no clue why it’s hilarious.

I’m not sure if Inside Out is powerful enough to take the box office wind out of Jurassic World’s sails, but it absolutely is a must see for this weekend.

Inside Out opens in theatres everywhere on June 19.