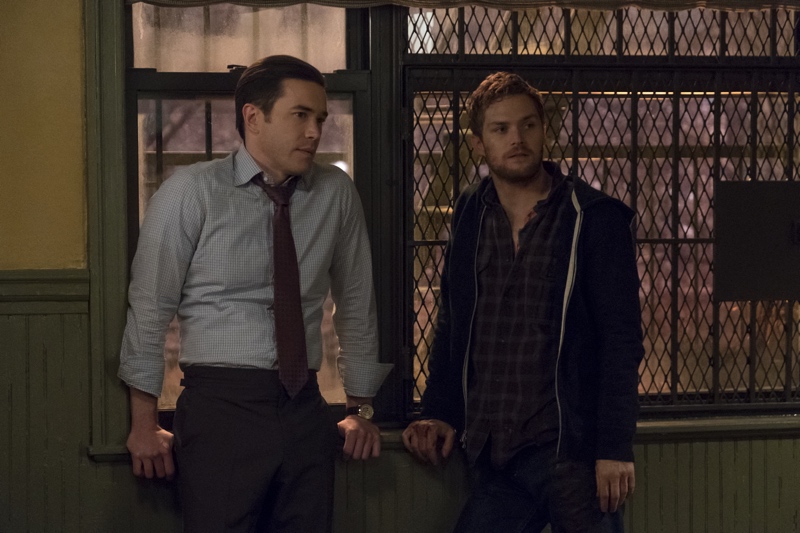 The second season of Marvel’s “Iron Fist” is now streaming–continuing the story of Danny Rand after “The Defenders” series. Season two strives to do something that the first season never achieved: be enjoyable to watch. The first season of the show, released in March 2017, hit rock bottom for the Marvel Netflix Universe and was eviscerated by critics and average fans alike. Can this new season redeem the tainted name of the series?

While the first season was used to set up “The Defenders” series, the new season stands independently of the other shows. While the iconic Marvel Universe character overlaps still occur, these characters now gain development in addition to being references to the other shows.

Detective Misty Knight (Simone Missick) continues to develop her connection with Colleen Wing (Jessica Henwick), which developed in both “The Defenders” and the second season of “Luke Cage.” The two characters started to embrace the likeness to their comic origins, with Misty being gifted a new robotic arm, and Colleen beginning to learn more about her own heritage. The dynamic duo was such a highlight in the show that there is talk of them receiving their own joint series based off their comic origin in “Daughters of the Dragon.”

Another high point of the show was the addition of “Typhoid” Mary Walker (Alice Eve), a villain originally seen in the pages of the Daredevil comics. Mary Walker is ex-military and is seen throughout the show fighting on both sides of the main conflict with the most interesting battle being the one she fights with herself.

Mary’s characeter suffers from dissociative identity disorder, which turns her into the show’s major wild card. Alice Eve is a phenomenal actor from start to finish–adding a strong villain to the series that desperately needed one. With her future foreshadowed at the end of the series, this character is definitely the shot in the arm Marvel has been looking for.

While Mary Walker was truly the most interesting villain of the show, the main villain felt like he wasn’t quite bringing his A-game. Davos (Sacha Dhawan) was a weak character, and while he was developed fairly well, he leaves the audience wanting more from the character.

Ward Meachum (Tom Pelphrey) continued to show great character development throughout the second season and ended the show with a story arc that was emotional and exciting. Ward was a ray of light during the series, and was able to add in much-needed humor to a show that is too dark when compared to its comic origins. His sister Joy (Jessica Stroup) was somewhat annoying in contrast, and the decisions she made throughout the show made her writing feel poorly planned and weak overall.

Danny Rand, the Immortal Iron Fist, still wasn’t what most were hoping to see out of the second season. While Finn Jones, the actor behind the Iron Fist, seemed to have taken a few steps forward since his initial introduction, he still has a long way to go before he appeases the critics. In the comics, Danny is a snarky young kid, barely a shadow of how the Netflix writers and Jones portray him.

It seems that this deviation from his origin story has lost the series some of the expected success, which has traditionally met the rest of the Marvel Netflix series. On top of all that, he never receives a proper superhero suit. Small things like this are an easy way to get hard core fans more interested and could add some levity to the show. After all, Jessica Jones is a private eye, while Daredevil and Luke Cage have both sworn to protect different neighborhoods, so in comparison, Iron Fist doesn’t have a duty to anything, making his existence seem somewhat unnecessary–a shortcoming that needs to be corrected.

Overall, season two of “Iron Fist” was an immense improvement over the first season, and turns the series into something that casual viewers can become engrossed in. The additions of Mary Walker and the season finale are creating a buzz about what direction season three will go. Comic book fans and casual viewers alike will enjoy season two based solely on its fight choreography and plot twists, but if “Iron Fist” has its sights set on a better third season, it needs to find a better direction to move in and a stronger drive for its title character.