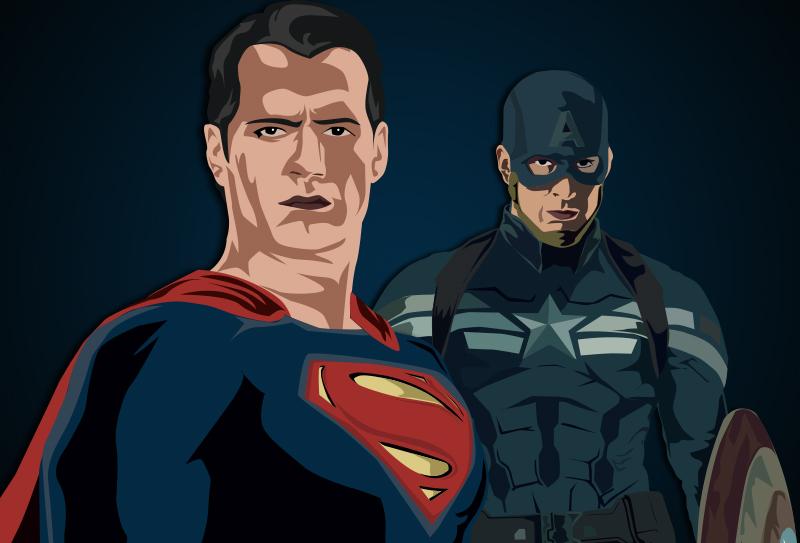 Ever since last year’s announcement that Batman would appear in the 2016 Superman movie, superhero fans around the world have speculated that it will lead to a Justice League film.

As the year has progressed, more and more heroes have been announced and rumored to appear in the upcoming film; including Wonder Woman, Flash, Aquaman and Cyborg.

On October 15, Warner Brothers, owner of film and merchandising rights to DC Comics, announced a ten movie plan through the year 2020 with plans to develop their own cinematic universe.

Though, not included in the ten movie plan, Warner Bros. announced that both Superman and Batman will also be getting standalone movies in the future.

Marvel Studios has dominated the big screen since 2008, having developed an extremely successful universe that has been ongoing since. Phase 2 will come to an end after the release of “Avengers: Age of Ultron” and “Ant-Man” in 2015.

There is no doubt that the next six years are going to be absolutely intense for superhero movies. Marvel will more than likely win with the box office, largely due to the fact that their universe already has already had so much success.

Personally, I am more excited for the DC lineup. Not only because I prefer the DC characters, but also because I am anxious to see how the universe is built. Currently the only developed character is Superman, as Henry Cavill will reprise his role for the films.

Many people around the internet are worried that throwing so many heroes into “Batman v. Superman” is a bad idea, but nothing has been released in regards to a trailer or plot details, so at this moment everything is merely speculation of what may occur. Though, it will be interesting to see how so many new characters will be introduced.

I’m also extremely excited that Aquaman will be included in the universe. He is one of the most underrated heroes by far. I’m anxious to see how Atlantis is portrayed, especially because it is underwater.

Regardless of speculation, both DC and Marvel will be making some HUGE profit when 2016 rolls around. It’ll definitely be entertaining to see how everything ties together for both universes.