Mario Kart 8 Booster Pack 1: More Tracks for the Game That Will Never Die 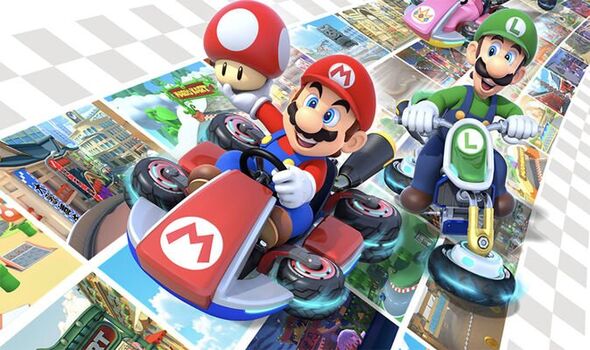 I remember when I first picked up Mario Kart 8 back in 2014. As the newest entry of the long running series, the game was a spectacle to behold.

It featured a brand-new anti-gravity mechanic, beautiful graphics, and a fully orchestrated soundtrack. It was truly shaping up to be one of the best games in the series.

That was eight years ago and times have changed since then. Nintendo’s newest console is in the last few years of its life and there still has not been a mainline entry since that fateful day eight years ago.

I have come to accept that there will not be a new mainline entry during the Switch’s life span.

The re-release of Mario Kart 8, Mario Kart 8 Deluxe, has gone on to sell over 30 million copies and shows no signs of stopping.

Fortunate for me however, Nintendo announced the release of 48 new tracks being added to the seemingly immortal game. Booster Pack 1 was released last Friday, containing eight brand new courses coming from previous entries and two new cups to work towards.

Now that it is in our hands, we have to look at the courses individually in order to find out if these tracks will help satiate our hunger for a brand-new game.

For this review, I am going to look at all eight courses and go in order from least favorite to most favorite. Starting with the worst course in this DLC pack, we have 3DS Toad Circuit. Much like Toad himself, the track is very basic, very forgettable and is only remembered when passing it on the character/track selection screen. Despite my harsh words, it is not a bad track. It is just unremarkable in a game with tracks like Dolphin Shoals and Sunshine Airport.

3DS Toad Circuit may be forgettable, but at least it is not a shadow of its former self like GBA Sky Garden is. This track practically feels like a brand-new course with how different it feels. Lacking the difficulty and complexity of the original, the only thing these tracks have in common is their name. What we have now is a frankly boring track that misses the point of the original.

Tokyo Blur is a track that I had never played before. This was mostly due in part to it being a track that was exclusive to a mobile gatchas game`. As the first of the three tracks featured from said mobile game in this DLC pack, Tokyo Blur is a short fun track that does not really do much out of the ordinary gimmick-wise. The track does have the unique feature of multiple routes that change up the layout of every lap, but it does not really have anything noteworthy in these laps. It is a good course and gives me hope that the other tour courses take influence from this track in particular.

It is amazing that the courses have been so mundane so far that I put N64 Choco Mountain in fifth place. Choco Mountain is easily the most interesting course I have talked about so far. For starters, the visual upgrade this course took was very nice. The added cave and jump at the end of the mine was a great addition that helped this course grow on me. Despite how boring it was on the N64, Choco Mountain has made itself a worthwhile course in this first DLC pack.

Being the standout track in terms of graphics, Paris Promenade from tour is a track that gets more fun the longer you play it. The first two laps are not anything to write home about with the exception on the part where you fly between the Eiffel Tower. Once you reach the third lap however you replay through the track in reverse which is a first in the main line series. Passing by other drives is really cool and only makes me more disappointed in what mirror mode could be.

DS Shroom Ridge was a course that I despised as a kid. I think it was due in part to its perceived difficulty, but when I played it for the DLC I found the track to not only be easy, but actually super fun. Shroom Ridge is like a less annoying Toad’s Turnpike with a more enjoyable layout. The track is simple but it is not boring and the traffic gimmick keeps it from being forgettable. I would even argue that it is the best course in the game with a traffic gimmick, which is a big praise given how many traffic levels are in this game.

You know some days, when I am by myself, laying in my room, I often think to myself “what’s the point of me being here?” As I get older, the hobbies that once gave me happiness are slowly losing their luster and I am finding it harder every day to find that purpose in my life. Then I think about Wii Coconut Mall, and the pain just goes away. Joking aside, the track is fantastic. Of course, it was going to be fantastic, it is Coconut Mall. The track is simple, but not boring, it features a fun gimmick of the escalators and fountains, and it has a song that will be engrained in your mind until the day you die. However, I do have a few problems with this track. The track only utilizes one of the three gimmicks introduced to Mario Kart 7 and 8, being flying. This course absolutely has the potential to be built upon, but they decided to just straight port the version from 3DS. I cannot complain too much however, even a diamond has its faults.

I know I am going to be accused of blasphemy for a putting a course over Coconut Mall, but Ninja Hideaway might be in my top three Mario Kart tracks of all time. I am shocked that Nintendo made a track for a mobile game this good. It has so many different paths that take you different ways which lead to even more paths. I cannot even put into words how fun this track is. It is absolutely a highlight of the DLC pack and if the other Tour courses are like this, I am absolutely fine with them porting them over from the mobile app.

This DLC may not be a new Mario Kart like most fans, including myself, really want, but this first batch of DLC has provided me some fun for its value. We are going to have forty-eight courses added to the game by the end of 2023 and if they are anything like Ninja Hideaway or Coconut Mall, I think I can wait until the next generation of Nintendo Hardware for a new Mario Kart. The Mario Kart 8 Deluxe Booster Course Pass is $30 or free if you have the premium Nintendo Wi-Fi subscription and is only for the Nintendo Switch.