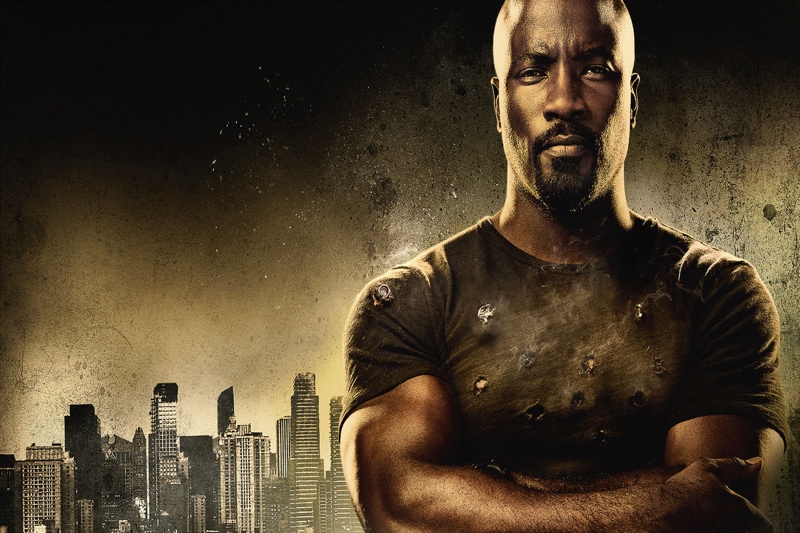 The Marvel Cinematic Universe, often called The MCU for short, has become a touchstone in pop culture history. Marvel Shocked the world with it’s record breaking hit, “The Avengers,” in 2012, but even with this major success, Marvel still faced criticism with its choice to make movies too family friendly. Marvel would go on to address that issue by announcing the Marvel Netflix original series. “>”>

With the Netflix shows, The MCU took a much a darker shift. Grittier and more violent characters like Daredevil, Elektra, Jessica Jones, The Punisher and Kingpin dominate the digital television scene. Marvel’s latest addition to this character trend is Luke Cage.

Set in the vibrant and dynamic streets of Harlem, “Luke Cage” follows the exploits of of the ex-convict super hero of the same name. Taking place some time after the events of Marvel’s “Jessica Jones,” Mike Colter reprises his role as this bulletproof super hero.

It seems Luke has finally found a quiet life for himself and has finally escaped his past as a convict who was wrongfully imprisoned. Sadly, this does not last long as the crime boss known as Cottonmouth, played by actor Mahershala Ali, throws Harlem into chaos with his sinister practices. Luke decides to stop running and defend the people from those who would do them harm.

“Luke Cage” is very different from the shows that came before it, and that is absolutely perfect. It is not only unique to the Marvel Netflix shows but to the entire Marvel Cinematic Universe. The show seamlessly blends elements of comic book superheroes with African-American culture in a beautiful way, from the visuals, to the characters and to the music. After this, no one will be able to challenge Marvel’s dedication and the respect they carry for representing their minority characters.

“Luke Cage” features a cast of extremely talented actors. Mike Colter manages to step up his already amazing performance from “Jessica Jones.” His character is so engrossing ,captivating and inspiring that you can’t help but feel for him while watching. The most prominent trait Colter gets across in his performance is passion. Throughout the show Luke Cage’s passion for Harlem, the people he cares about and African-American culture. At some points I was wondering how much of Mike’s performance came from personal experiences. The villain of the show, Cottonmouth, is brought to life by talented actor Mahershala Ali in perhaps one of the most chilling and complex villain roles marvel has done to date. Cotton Mouth is portrayed as a self-aware villain with honor. Unlike Kilgrave or Kingpin, Cottonmouth knows he’s the villain, but he still has certain codes that he abides by. There’s simply too much praise to go around the cast for their performances. From Alfre Woodard’s Mariah Dillard, Simone Missick’s Misty Knight and Rosario Dawson’s reprisal of Claire Temple.

Another strength in the show is the music. “Luke Cage” features a stellar soundtrack from its original score to the use of famous hip-hop artists like Wu-Tang Clan and Method Man. The setting of the show, Harlem, proves to be a cornerstone of the series. It is not just a location; it is a living breathing character that changes and effects the different characters in a myriad of ways.

Marvel’s “Luke Cage” is a prime example of what happens when time, care and effort are put into a show. It is unbelievable how good this show is. This is not just a show; it is celebration of African-American culture and Super-Hero culture that can be enjoyed by all. Please do yourself a favor and watch this show on Netflix.

Season one of Marvel’s “Luke Cage” is currently streaming on Netflix.