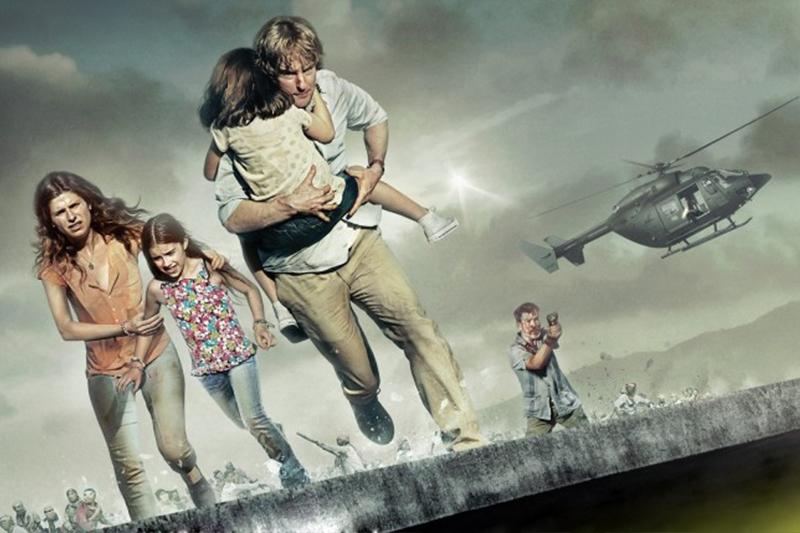 If I were asked to describe the movie No Escape in a single word, I would have to say what was going through my mind the entire film: Intense. Despite the slow and somewhat comedic start, this movie is not what I expected to see when I first saw the trailer. I thought it would be like many other action movies I had seen before, with fast paced and quickly cut chase scenes, shootouts and everything else you’d expect to see in a blockbuster action movie. While this film had all of that, what set it apart from other action movies is the fact that there was ZERO time for your emotions to come down. Once the ball got rolling, there was no stopping it until the credits were up.

I’d say this movie is average IF you see it in theaters. The theater gives you that ambiance and environment to really get your senses involved in the movie. The explosions are louder and more in your face, the tension is greater, and it makes for an all around better experience for the movie.

Speaking of environment, this movie absolutely nailed it in that regard. The sense of chaos and anarchy was very good in this film. From the explosions and gunshots to the eerie silence, the car fires and deserted streets really added to the feeling of the movie. The acting was alright, some did okay other did very well. Annie (Lake Bell) plays the typical concerned mother, and she did a pretty good job I’d say. I was sad when she cried and scared when her or her kids were in danger. However that being said I was rather unimpressed by Owen Wilson’s performance. There was a couple of key moments where I really wished he would’ve lost his cool. Wilson’s character was way too calm for the situation that he was in. Any other person in my eyes would’ve lost it more than once.

There’s a few more characters such as Hammond and Kenny Rogers, but they both play very minor rolls for most of the movie until it’s time for them to save the main cast just because it’s convenient to the plot. The score was good but not exceptional. Every major point of tension and chase had good upbeat music, and the really tense parts were silent as they should be, but nothing really stood out to me. The few things that got on my nerves were that they decided to shoot a lot of the action scenes out of focus. If a tank is aiming at me and is about to blow my head off, then let me see the damn tank, not some blurry blob of green. Let me see the tank honing in and really let it intimidate me.

The intro also felt very out of place when compared to the rest of the movie and overall just didn’t sit well with me. The comedy wasn’t great and it wasn’t very interesting.

If you want to watch this movie, go see it in theaters and catch it on a discount day for the most value for the quality of the movie. Be warned however, this movie isn’t for the faint of heart. You will see people shot in the head, corpses that are hacked and torn to bits, and execution style killings. If that’s not something you can handle then stay away from this movie.

No Escape opens in theatres this Wednesday, August 26.