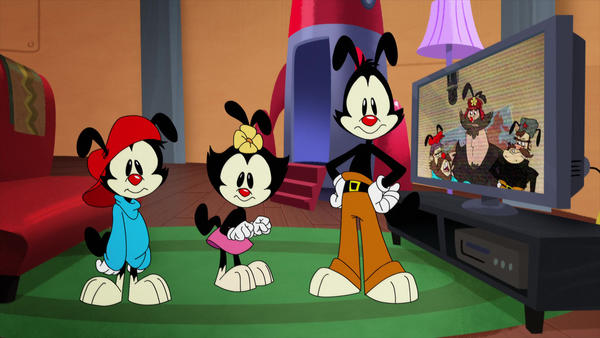 MOON TOWNSHIP — For many audiences, hearing “reboot” is a death sentence to a successful show. The constant remakes and “reimagining” of shows has left a bad precedent in Hollywood, with many of the projects performing worse than the original.

While series like “Dr. Who” and “Samurai Jack” found success in reimaging their legendary series, nobody could have expected that an “Animaniacs” reboot would see success in 2020. Amidst an objectively rough and disappointing year, the Hulu adaptation of the beloved animated series couldn’t possibly find success with 90s references and whacky educational television. 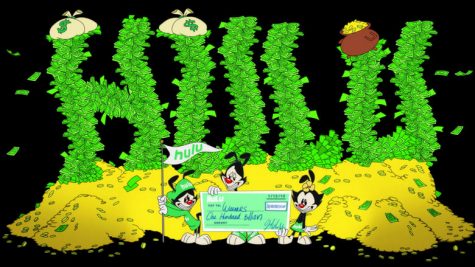 Despite the hurdles, director Steven Spielberg found a way to make “Animaniacs” adapt to a modern age without serving as a complete reimagining of the series. The reboot finds the Warner brothers, Yakko and Wakko, as well as their sister Dot, revived by Spielberg for their very own reboot. After acknowledging their return after so long, the Animaniacs return to their normal chaos in a new age of pop culture references and slapstick comedy.

Rather than addressing political topics directly, the Warner siblings tend to find themselves unapologetically falling into the writer’s criticism of modern society. Rather than tip-toeing around the Russian election interference in 2016, the show consistently makes jokes about the country’s role in politics and the Putin regime. A particularly heavy-handed episode even criticized the trend of Russian bootlegs, being appropriately named “Animanyet.”

Another episode deals with “bun control” and the excessive number of bunnies around the Warner Brothers movie studios. The commentary is very hard to miss, but the subtle jokes about the Australian rabbit infestation and sly references to anime keep the politics in the background enough to make the episode continually entertaining. 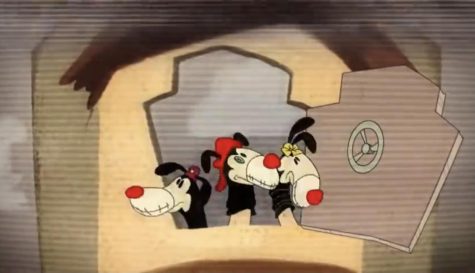 While the political topics are unapologetic and irreverent, the series often hits it’s stride when the Warners’ antics are in full force. You can tell that the siblings are a terror, setting out to ruin one unlucky person’s day for good. Episodes where the group is handling original topics and parodying modern media, with special attention given to an “IT” reference in the Halloween special, are the most entertaining and laugh provoking parts of the show.

Pinky and the Brain also add to the fun of the show, bringing the duo’s antics into the modern age. Trying to aim for world domination through memes, politics, and dragons, the segment’s new content is sure to garner a chuckle or two throughout the series run time. While the mice do the same thing every night, seeing how they plan to take over the world next can always bring a laugh or two.

The series is also well animated, giving the reboot a more polished and refined look when compared to the original series. New segments of the show, while rarer to occur throughout the reboot, also feature unique and visually engaging styles from the teams working on them. The series always seems to change up styles and push boundaries of their style when appropriate, making it a must-watch for those invested in the animation industry.

Not everything about the rework works, especially for that binge-watching. While each episode tackles new topics in an engaging and wild way, the same formula can get fairly repetitive. One too many instances of Pinky and the Brain can make the minor flaws in the writing stand out, creating a sense of fatigue for longer sittings. The series, if watched like a normal cartoon in short doses, makes this issue a lot easier to tackle.

Overall, “Animaniacs” has plenty to offer with its reboot. The series maintains the quality that made the original special while adding in more jokes for the audience that loved the show growing up. While not binge-worthy, the chaos casing Warner siblings are sure to bring chuckles when they hone in on their newest victim. The series allows the family to continue their trend of excellence, delivering on their promise of being “zany to the max.”