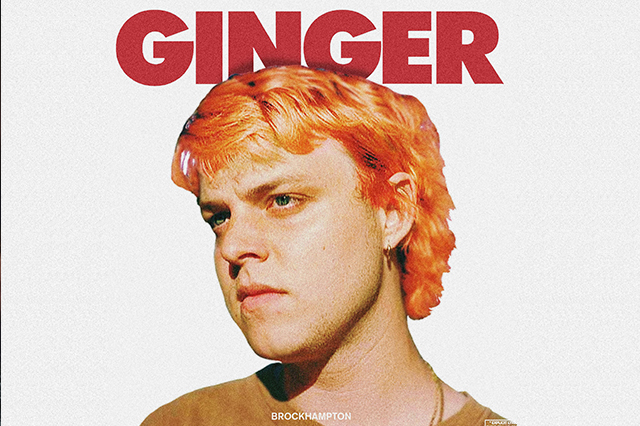 Rap collective and boy band BROCKHAMPTON has returned after a 10-month hiatus with their new album, “GINGER.”

The album has twelve tracks that vary incredibly in tone and style while tackling various melancholy subjects like depression, anxiety, and fame. While none of these subjects are new for the group, the band tackles them in different ways than before, and is a lot more positive than their last studio album “Iridescence.”

Still, this album is much more downtrodden than the fast-paced and crazy “SATURATION” trilogy. Fans expecting them to return to that style will be sorely disappointed by “GINGER.”

Case in point, the album opens not with a banger, but with a melancholy and extremely catchy song with “NO HALO.” The song features guest vocals from 88rising singer Deb Never. Alongside BROCKHAMPTON members Merlyn Wood and Matt Champion, Never delivers one the most sticky, and memorable hooks on the album.

Frequent feature singer Ryan Beatty makes his first, but not last, appearance on the album on the next song, “SUGAR.” This song is a wonderful fusion of the band’s unique style with typical modern-day pop rap. Not one person on the track drops a bad verse, with Kevin Abstract’s bridge being his most memorable on the entire album. Ryan Beatty and member Bearface end the song off with a beautiful harmony that I wish was much longer.

Though the first two songs featured a style more synonymous with pop rap than anything else, the group’s usual fast-paced bangers aren’t lost on the album either. The next song, “BOY BYE” and a few others including “ST. PERCY” and “I BEEN BORN AGAIN” is what would be typically expected from BROCKHAMPTON.

The best of this style comes from their song “IF YOU PRAY RIGHT.” The song features not only a trombone beat, but also samples Three 6 Mafia’s “Break Da Law.” Dom McLennon especially shines on the opening verse on the song, as well as Joba on the final verse. The song “HEAVEN BELONGS TO YOU” is a sort of interlude that features the same beat as “IF YOU PRAY RIGHT,” but features guest rapper slowthai, who delivers a wonderful verse in his signature style.

Still, the album features much more introspective, slower-paced songs much like Iridescence. The tracks “GINGER” and “LOVE ME FOR LIFE” fall under this category, but fail to leave a major impression like the other tracks.

The record comes to an emotional high on the track “DEARLY DEPARTED;” a song directed at former member Ameer Vann. It is a powerful moment on the record, and Dom’s bone-chilling final verse along with the reverb-soaked guitars add to one of the group’s best emotional tracks they have ever dropped.

The album also ends off with another amazing introspective track on “VICTOR ROBERTS.” The first verse is delivered by none other than Victor Roberts, a friend of Dom’s who tells an emotional story that really has to be heard rather than explained. His almost spoken-verse flows into absolutely angelic verses from Ryan Beatty and Bearface which leaves a memorable impression on the listener. It is a wonderful closer to another great album from BROCKHAMPTON.

“GINGER” is not exactly a return to form from the band after “Iridescence,” but rather a much better execution of what the group was trying to get on that album. The group gets back to the same consistency they had on the “SATURATION” trilogy while moving past the hardships that came with Ameer’s departure. For that reason, I’m giving “GINGER” an 8/10. 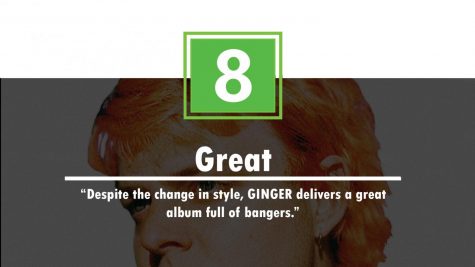