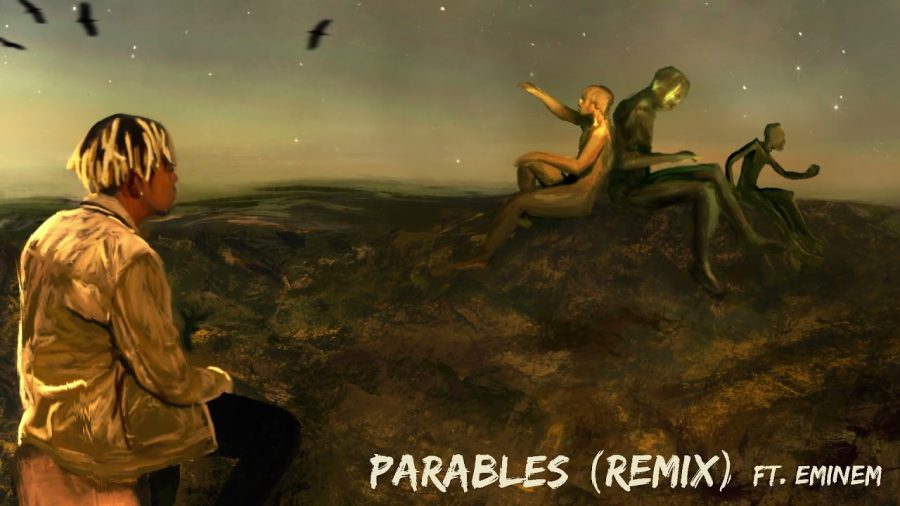 The state of hip-hop music is everchanging with new variations and styles of rap amongst the younger generations.

While the separation between older and young rappers alike continues to grow, 24-year-old Cordae has elevated to a platform that hopes to bring unity between the two drifting generations of artists.

Cordae’s growth throughout the years as a new school rapper with an old school soul comes to fruition in his latest project, From a Birds Eye View.

The second studio album in Cordae’s catalog exhibits his deep lyrical approach, touching on an entourage of personal subjects.

Complementing the project’s release, Cordae released on social media that “each individual song has a significant place in my heart as they were all inspired by real life events, emotions and experiences.”

Memories from the past become apparent while navigating through the tracks, starting with “Shiloh’s Intro,” where Cordae’s incarcerated childhood friend freestyles to commence the album. “Momma’s Hood” is another track where he touches on another friend from his youth that was recently slain due to gun violence.

On other aspects of the album, Cordae displays the struggles of growth. “Jean-Michel,” “Want From Me” and “C Carter” portrays the artist’s smooth flow and lyricism while speaking on the past, present, and future personal battles he will endure.

As many of the entries on this record utilize a jazzy tone and carefully placed lyrics, the two singles released prior to the album, “Super” and Lil Wayne aided “Sinister,” display Cordae’s confidence. The hard-hitting tracks are accompanied by slick bars and Cordae boasting the level of fame he has eclipsed.

The versatility illustrated on From a Birds Eye View comes full-circle in the latter tracks of the collection. The R&B esque “Chronicles” featuring Lil Durk and H.E.R. allows for Cordae to present his smooth vocals, while “Champagne Glasses” accented by Freddie Gibbs and Stevie Wonder has an elegance to it with the underlying vocals and piano.

“Westlake High” closes out the album with an upbeat drum pattern as Cordae reminisces on the memories and mistakes he has made in the past. Finally, the project comes to a close with a memento to his late grandmother, who provided vocals on his freshman album The Lost Boy.

From a Birds Eye View relays the nostalgic hip-hop sound that Cordae has adopted, along with his adaptations. While the project may not ascend him to the rap game’s top, it adds an impressive record to a young and growing prodigy in hip-hop.