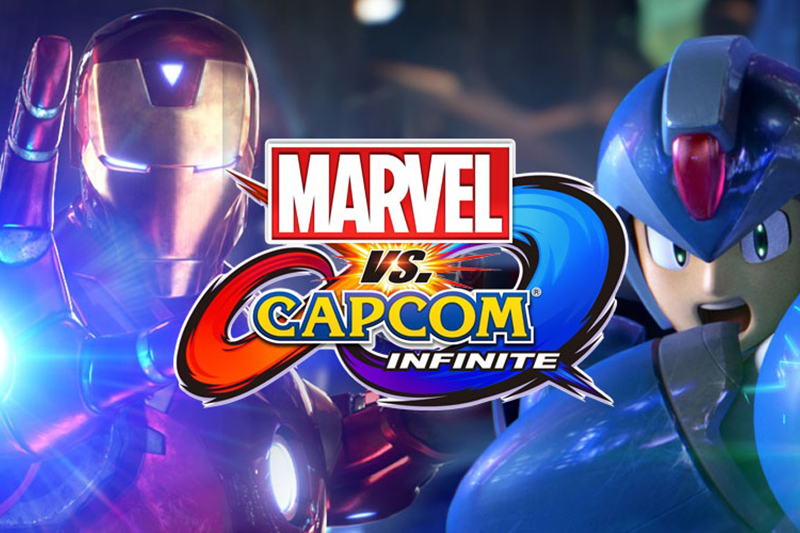 “Marvel vs. Capcom: Infinite” is the newest entry in the long-running Marvel vs. Capcom series that first appeared in arcades in 1998. Featuring Marvel Comics characters in battle with Capcom’s video game series protagonists, it combines two sets of unlikely combatants into one arena. Does the newest title hold up to the legend?

Since the previous installment, Marvel vs. Capcom has made some much needed changes. Combat is now relegated to two characters that you can switch between–differing from the the three characters found in the previous titles. All of the combos have been streamlined, relying more on smart uses of combos rather than the button mashing previously required. All character combos are similar, so learning is much easier and more fun. 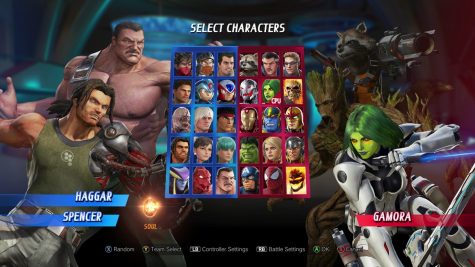 The new gameplay mechanic of Infinity Stones is a great addition as well. Having similar effects to their Marvel counterparts, they add spice to the otherwise normal combat. Each stone has two effects: a basic attack and a special “Infinity Storm” ability that drastically alters combat. My favorite of these stone’s abilities is the “Soul Stone”, which allows for your defeated character to not only be revived but fight at the same time.

While the roster is limited, there are plenty of characters that are fun to play at the game’s release. Marvel offers most of their cinematic universe characters. Capcom features some characters from their classic games, as well as some newer additions like “Dead Rising” and “Resident Evil.”

Overall, each side has fun characters, although, it seems the Capcom side offers much more variety in their characters. Marvel’s characters and lasers seem to be heavy and slow, whereas, Capcom has a variety of styles among their combatants. You can play as the lumbering Nemesis-T Type from “Resident Evil,” the wrestler photographer Frank West, who uses picture taking as a way to power up, or the martial artist Chun Li, who is now one of the fastest characters in the game.

The game also has some glaring flaws. I am not a fan of the day-one DLC, making Sigma, Black Panther and other cool characters only available at an additional cost. It’s an issue with a lot of fighting games such as DC’s “Injustice,” which does the same thing with three times the characters. It feels anti-consumer as the $60 price tag gives you 90% of your game rather than the full package. 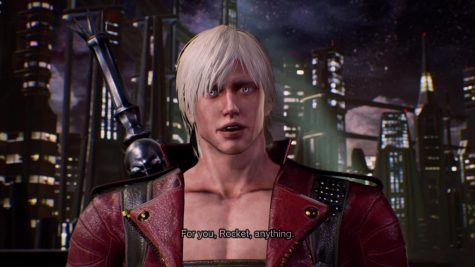 The graphics and story are also a major downside. The story, which takes about two hours, features cheesy and confusing writing accompanied by downright horrible visuals. The in-game cutscenes and combat look better than anything in the story mode’s cutscenes. They use the same visual style in the character selection, so the sickly Dante visual still haunts you in online multiplayer.

The music they uses during fights is incredibly generic and cheesy. Most Marvel characters get canned heroic music, and the Capcom characters are given horribly butchered recreations of each series’ music. Probably most disappointing is that the series’s most iconic song, “I Wanna’ Take You for A Ride,” is nowhere in the game.

Overall, the game is a fun experience with a bad presentation. It remains faithful to the great combat the series is known for, but unfortunately, it falls short in visuals and sound. If you are a casual fan interested in the game, I would highly recommend “Marvel vs. Capcom: Infinite” to you. It’s a fun game to play with friends and online, so you’re getting what you pay for. More dedicated fans of the series, however, may be turned off by the lackluster visuals and major changes.