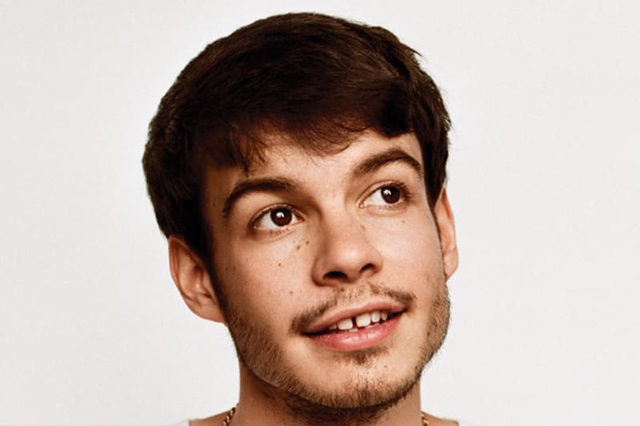 Indie pop singer Rex Orange County has returned with the release of his 3rd full-length album “Pony.” Rex’s popularity has grown steadily since the Soundcloud release of his first album, “bcos u will never b free.” He released it when he was 17 back in 2016.

He really started popping up on people’s radars after featuring on Tyler, The Creator’s 2017 album “Flower Boy,” which was met shortly after by the release of Rex’s 2nd album “Apricot Princess.” It did extremely well thanks to his down to earth production and vulnerability in his approach of topics like love and mental health. Now, the UK singer’s latest project has dropped and it’s a generally solid follow-up to “Apricot Princess.”

The album opens with the first single released, “10/10,” which sets the tone for the rest of the album both sonically, topically, and emotionally. It’s a catchy uptempo track that features a synth backing that differs heavily from most of what Rex has put out in the past. The song’s message of self-improvement after a failed relationship seems to build off of much of the downtrodden, heartbrokenness that was much of “Apricot Princess.”

Though the next track, “Always” is a much more typical Rex Orange County ballad featuring a simple instrumental and strong harmonies, the messaging of the track strangely seems to contradict what was said in “10/10” in that he will “always be the way he always [is].” Despite the mixed messaging, the song is definitely a highlight of the album, unlike the next song “Laser Lights.” It’s a short track with an instrumental that goes all over the place from high trumpets to complete silence. It’s an interesting attempt at a different style, but ends up feeling unfinished and simply trails off by the end.

For fans looking for his typical sound from “Apricot Princess” there is surprisingly little to be found on “Pony.” Rex takes his music into a much more upbeat and pop-like style. The track “Face To Face” is a good mix of these two styles and features a wonderfully catchy hook and a great vocal performance from Rex.

The song “Pluto Projector” is a song that could’ve easily been found on “Apricot Princess” and features an amazing buildup to an angelic middle section and ending. The downturn tone of the track also differs from a lot of the rest of the album. The very short track “Every Way” is another simple piano ballad that plays to Rex’s vocal strengths very well.

The rest of the album unfortunately returns to the more pop-like direction. The song “Never Had The Balls,” despite the title, sounds like a bubblegum pop song that doesn’t fit the lyrical content very much at all. It sounds like any random song you would hear on the radio, which really speaks to the blandness of the track.

The song “It Gets Better” might be the most egregious example of this. It features synthesized vocals, a horrid synth beat, and an absolutely boring structure in the first half of the song. I actually expected an EDM bass drop at points of the song, which is exactly what I do not want to hear from Rex. Thankfully, the second half is actually quite beautiful as it reverts back to a string backing that focuses on Rex’s vocals that actually makes the more uptempo, synthier part after it sound and flow a lot better.

The closing track “It’s Not The Same Anymore” is a slow burner that honestly reminds me of a Bon Iver song at parts, but w/o that important falsetto that Justin Vernon brings to the table. It is not a bad song by any stretch of the imagination and actually builds up quite nicely, but it doesn’t feel very strong at all. It’s an odd choice of a closer, that I wish could’ve been more.

“Pony” is by no stretch a bad album, and has a good amount of highlights for Rex Orange County fans to latch onto. Still, the pop style that Rex takes the album in is more a detriment to the quality of the songs than adding anything new or original. It’s a good album that suffers from “not living up to the standard of its predecessor syndrome,” or simply put, it’s a step down for Rex Orange County. 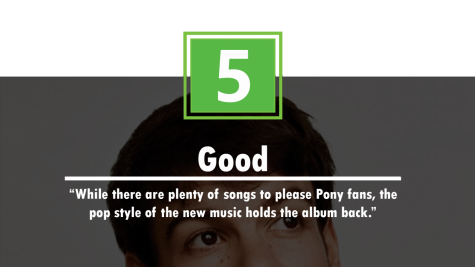