Illumination Studio's "The Grinch" is better than expected, but doesn't come close to beating the original. 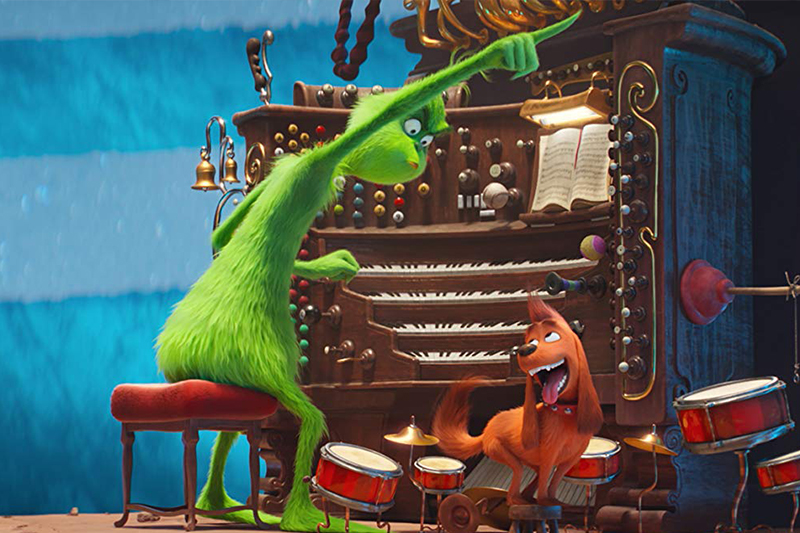 This past Thursday, Illumination Studios released their adaptation of the classic Christmas film “The Grinch.” The third version of the film, despite scoring some low reviews from several different sites, was able to win its opening weekend at the box office. Setting a new record for highest-grossing opening weekend for a Christmas-themed movie, the film hauled in a total of $66 million. The previous record, of course, was held by the live action version of the film, which was released in 2000 and made $55 million.

I went into this movie not too hopeful that it would be good, and was expecting it to be a disappointment overall. As someone who isn’t a big fan of rebooting classic films, and whose favorite Christmas movie is the original version, I was a pessimist to say the least. Although some may have seen this as a movie that nobody asked for, the updated animation style, as well as the updated references to today’s culture and the cast of current actors, made the movie exceed expectations.

Illumination Studios has asserted itself as one of the animation heavyweights, with movies like “Despicable Me,” “The Lorax” and the studios’ mascot movie, “Minions,” all breaking the $200 million mark at the domestic box office. As a result, the bar is set very high for a remake of such a beloved film. The animation seen in the movie is updated, softer on the eyes and obviously more detailed than the original. Since it doesn’t feature Jim Carrey in live action, it isn’t nightmare fuel either. References to today’s pop culture, including slightly altered brands, logos and language gave it a more 2018 feeling. The film is filled with animals, but the Grinch’s dog, Max, is one of the cutest animated animals in recent years. He alone made the film five times better.

The movie displayed an impressive cast of stars, with Benedict Cumberbatch in the starring role of the Grinch. Rashida Jones, Pharrell Williams and Kenan Thompson all voiced prominent characters as well, leading to a skilled and experienced cast. It is worth noting that despite Cumberbatch portraying the Grinch with an American accent, rather than his natural British accent, his deadpan and condescending voice that he is so well known for still leaks through and is a perfect match for the character. The soundtrack for the movie, which finds its way into several scenes, was composed with the help of the incredibly talented Danny Elfman, and features the voices of RUN-DMC, Pentatonix and Tyler, the Creator. All the voices, whether they are singing or just speaking, mix together to make the film feel more up to date and modern.

The original “How the Grinch Stole Christmas” was released in 1966, back when new animation styles were still being created. The film is viewed as timeless due to many different factors, like the animation from Boris Karloff, the narration from Chuck Jones, and of course the story line by Dr. Seuss. But what the new version failed to do, which is necessary for all reboots and re-imaginations to do, is that it didn’t switch up the story line in any big ways. If you’ve seen one of the three Grinch movies, you’ve seen them all. Although this is better than the live action version of the story, it doesn’t add to the legacy of Dr. Seuss’s original animated flick. The animation and cast may be different and more relatable, but the plot is exactly the same. It may be something that children in 2018 will enjoy for this Christmas season, but in the end I don’t believe it is a movie that will stand the test of time, and it fails to build upon the original story that it is based on.