Review: Theory of a Deadman’s “Say Nothing” “Say Nothing” is the follow-up album to 2017’s “Wake Up Call”, which included many hits including “Rx (Medicate).” The album was announced back in September 2019 with the release of the lead single, “History of Violence,” a song that focuses on and brings domestic violence to light. “History of Violence” offers a different sound for the band, as it is more of a pop-rock sound than the post-grunge or hard rock that Theory fans are used to.

The album focuses a lot on storytelling more than most of Theory’s previous albums. Songs like “Affluenza,” “White Boy,” and “Quicksand” sound like they are coming from a real, emotional place. For someone, they might be. “Affluenza” is a song that talks about many different stories about those who are living in poverty and how some are not as fortunate as others. The song is more of a rap song than a rock or pop song. However, the story is better told through this style.

“White Boy” is a very poignant song for anyone who has seen the news in the past five years. The song talks about the racial divide in the United States, putting an emphasis on the events in Charlottesville in 2017. “Quicksand” has a more emotional and personal story as it refers to a girl who grew up without parents. These are fantastic songs as it is not typical for this band to have songs that hit home for such a large group of people.

Other songs on the album like “Black Hole In Your Heart,” “It’s All Good,” “Say Nothing,” and “Strangers” are all typical rock songs that Theory fans are used to. They all have great production value and great vocals from singer Tyler Connolly.

Overall, the seventh studio album from Theory of a Deadman seems to take the band into a new direction that sounds successful and works for them. There will definitely be some criticism with the album, as it is very different from their previous work, but if given some time to sink in, the album will be just as successful as their others. 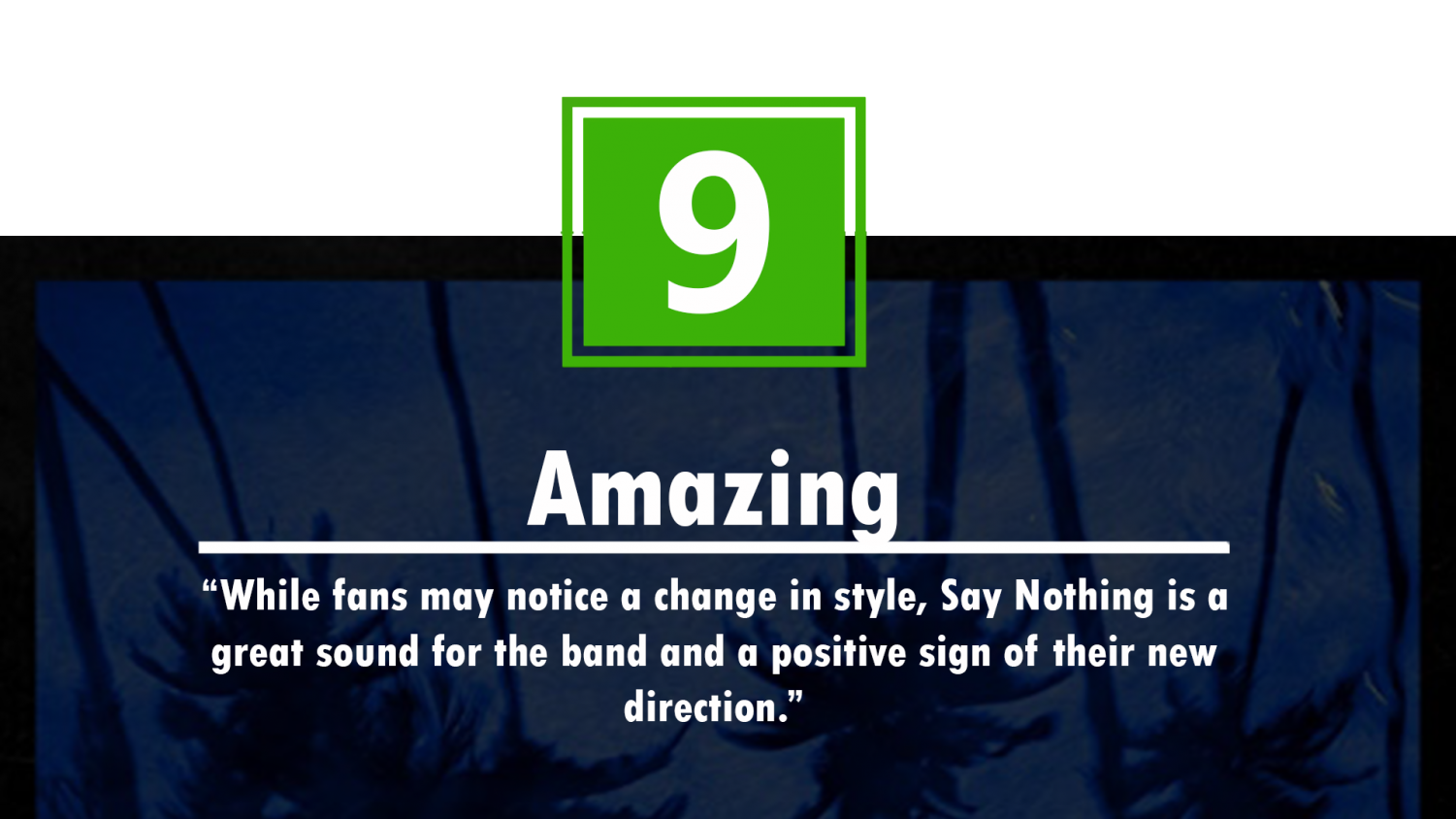