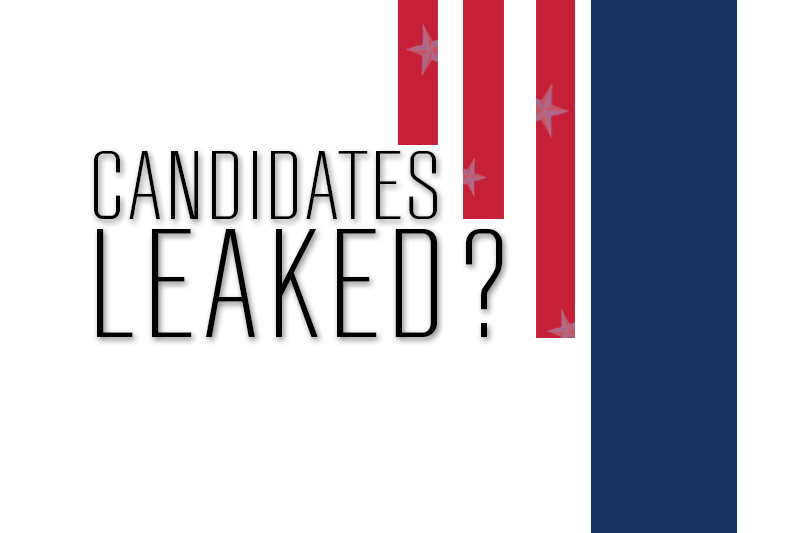 In what could be the most exciting news here at Robert Morris University in the past few months, a list of front-runners to replace President Gregory Dell’Omo after he leaves at the conclusion of this semester has been leaked.

The list includes the names of five candidates being eyed by the university to take over as early as the 2015 fall semester. The list, which was leaked through a giant poster in RoMo’s that was not Student Life approved, is comprised entirely of current RMU faculty, staff, students and statues. Below is a breakdown of the candidates and what they have to offer the school.

In an interview we conducted after the leak of the poster, Steve from Romo’s had little to say about his name being included on the list, but he did offer a sliver of information as to what he believes he could offer the school.

“Hmmm . . . I don’t know . . . Maybe lower tuition? Make it cheaper,” he said when asked what his first act as president would be.

There has still been no comment from the University as to whether or not Steve would be able to continue working the cash register at Romo’s if offered the position.

The fan favorite amongst the candidates, John Tucci has worked for the university for years, earning himself the beloved title of “The Singing Groundskeeper.” If he is hired for the job, Tucci is expected to enact a series of new university-wide rules including a mandatory a capella singing of the national anthem everyday at 8 a.m., noon and 5 p.m., and a new “politeness” policy, in which every student must smile and say hello whenever they pass another person on campus.

His charismatic personality and undying dedication to the students of RMU has made him the frontrunner in the ever-tightening search for the next university president.

Another long time member of the RMU faculty, Vincent is being considered for his daring plans to move the university to Ireland.

Once RMU has been relocated, he then plans to enact phase two of his fourteen-phase plan that would see the entire university restructured by the year 2016. A few of the many scheduled changes under his watch would include a brand new, state-of-the-art Shakespearean literature department and a new mandatory class for first year students called “Bracelet Making 101.”

The bronze cast statue of our schools namesake was an entry on the list that many expected. “It only seems natural to me,” said one student who preferred to remain anonymous, “Its not like he’s going anywhere soon, and I think he’ll rule the school with an iron fist . . . or I guess a bronze fist . . . which is something we need right now.”

So far very little has been released about the potential changes Bob would enact if offered the position, but one rumor that has been circulating says that he will ban smoking outside of the Hale Center.

The final name on the list was that of the RMU Colonials’ quarterback Derik Abbot. Abbot is considered to be running because the Colonials offensive line can’t block anything.

As this news continues to spread across the campus throughout the day, student reactions will be a major factor in who becomes the next president of Robert Morris University. Please let us know in the comment section below who you want to see controlling the school starting next semester.

DISCLAIMER: This story was written on April Fool’s Day in observance of the holiday. Please take that into consideration when questioning the factuality of this article.