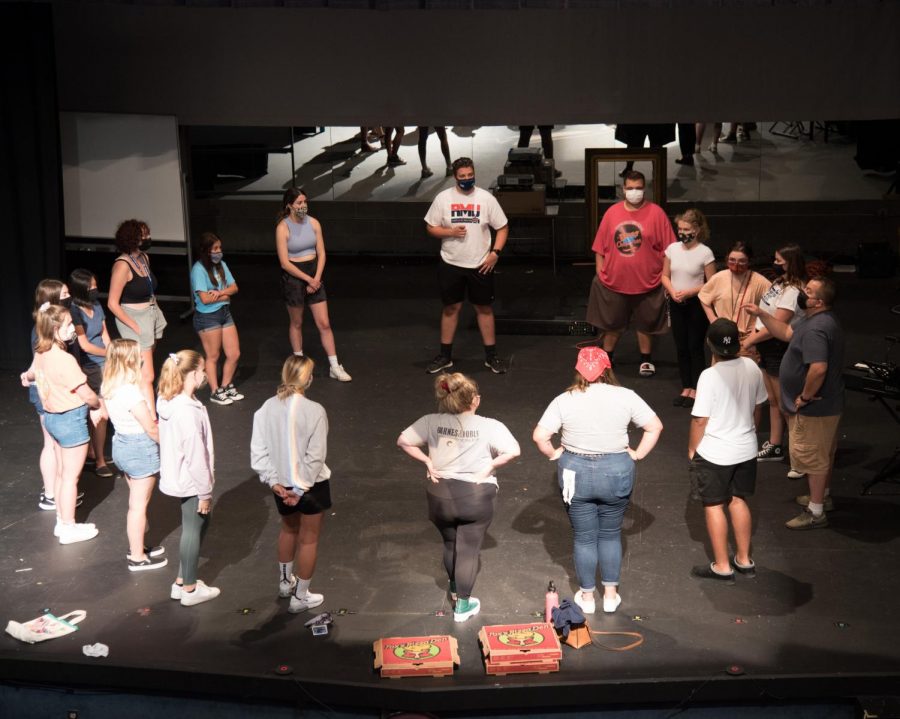 Dr. John Locke, Director of Student Involvement and Theatrical Productions, met with both new and returning students on Saturday to discuss the plans for the upcoming fall musical, Xanadu.

The presentation began with a mini pizza party, and Locke described RMU’s past productions, including a production of Godspell that was cancelled due to COVID-19.

In his plans for a safe return to live theater, Locke gave students some insight on the musical for the fall semester.

“We are considering all options. We have to be careful and think about things like if we can have an audience, and wearing masks,” Locke said. “Maybe we could do it outside.”

Through his love for not only theater, but also RMU, Locke continued to encourage new students to get excited about the future of Colonial theater.

“You’re in the most special room on campus, period, because we don’t just hang out here and eat, ideas come to life in here,” said Locke. “You’ll better yourself based on the characters you bring to life here at RMU.”

As a Robert Morris University alumnus, Locke described his experiences as a student in the Colonial Theater program. During his time on stage, Locke met the love of his life.

“A piece of my costume was a pocket watch, and there was a young lady whose job it was to be the stage manager and get people into their costumes, including my pocket watch,” said Locke. “Now she’s my wife and the mother of my three kids. I met her right here.”

Xanadu will be directed by Music Coordinator Dr. Brent Alexander. Auditions will be held on Aug. 31 and Sept. 1 at 5 p.m. in Massey Theater.

Those auditioning will need one 32 bar cut of any pop, rock or Broadway song and will complete a dance call after their vocal audition. They will be required to sing with live piano accompaniment and bring clearly labeled sheet music.

Students auditioning are also encouraged to bring roller skates, if they own a pair.