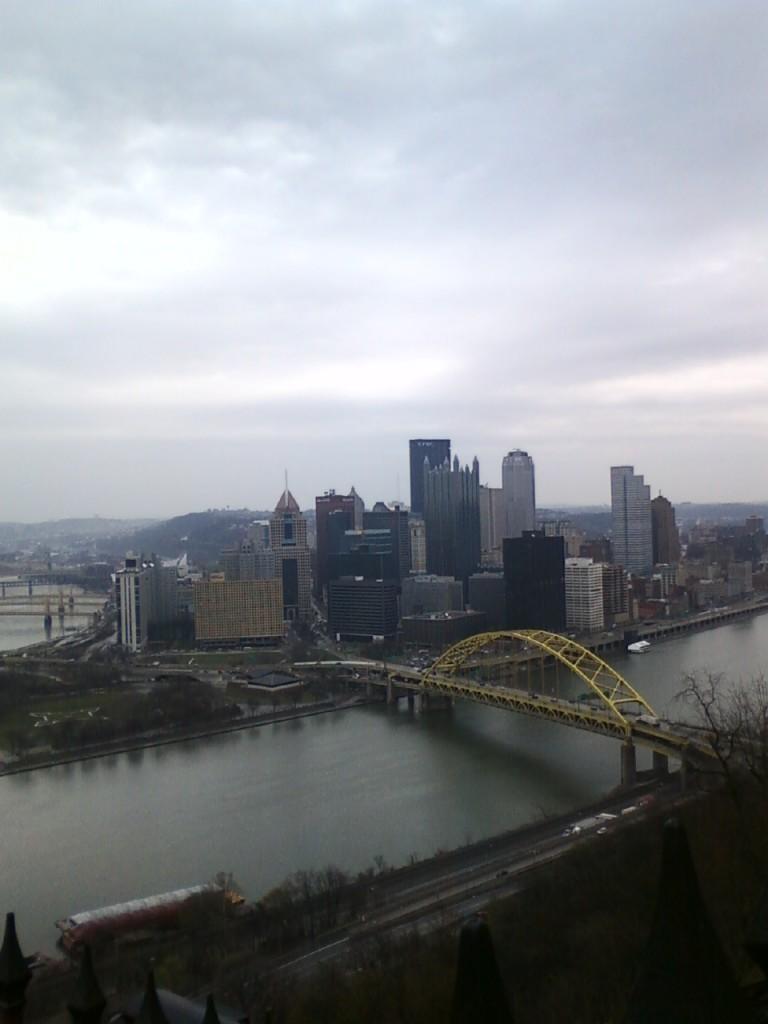 Pittsburgh was also home to the first retractable dome facility, the Civic Arena (1961).

The D.L. Clark Company on Pittsburgh North Side created the idea of the Clark Candy Bar, in 1886.  The Clark Bar is now owned and distributed by Necco.

McDonald’s Big Mac, the World’s Most Famous Hamburger was invented right outside the city on McKnight Road in a Pittsburgh suburb, Ross Township.

Pittsburgh is commonly referred to as the city that built our skyscrapers.  United States Steel and J&L Steel Company dominated the region before the steel industry declined in the 1980s. Pittsburgh is known as “The Steel City” because for many years, the region was the world’s leading producer of steel.

Pittsburgh was also an important region during the French and Indian War.  Pittsburgh’s point was the location of Fort Pitt and Duquesne.  Important events in the war occurred in the region including Braddock’s Defeat.  The site of General Braddock’s defeat became known as Braddock’s field.  Years later Andrew Carnegie would build the Edgar Thompson Steel Works on the site.

Not only is Pittsburgh known for Steel, but also

H.J. Heinz Ketchup, which was founded and still headquartered in Pittsburgh.

Alcoa, is a pioneer, leading, and powerhouse in the Aluminum industry.

PPG, another pioneer and innovative company which is known for the their work in glass, paint, and chemical field.

Gulf Oil, a local company, opened the first automobile service station in Pittsburgh in December 1913.  Gulf Oil is now part of Chevron but the name and brand are owned by Cumberland Farms.

Believe it or not, Pittsburgh was the home to the World’s First Theater devoted to showing motion pictures.  Known as the First Movie Theater, the “Nickelodeon,” which opened on June 19, 1905, became an instant success.  With the success of the Nickelodeon, numerous movie house started to open across the country.

The first African-American Opera company in the United States, the National Negro Opera Company was organized and operated in Pittsburgh.  Organized by Mary Cardwell Dawson, the opera operated out of her own house located on Apple Street, in Homewood.  The house still stands today and is a registered State and City Historic Landmark.